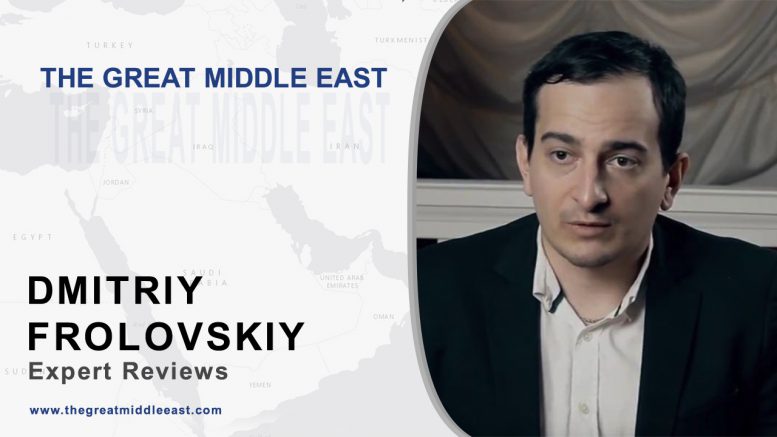 The attitude towards Saudi Arabia is very ambiguous in Russia. The visit of the King of this country, basically, is taking place in a challenging time for both countries. The Press Secretary for the President of Russia Dmitry Peskov called the Saudi monarch’s visit an epoch-making. We asked the Middle East expert from Russia Dmitriy Frolovskiy to share his views and expectations in this regard.

In your opinion, what should we expect from the aged monarch’s visit? Will the parties succeed in resolving the disagreements on certain issues?

As you have noted, the visit is taking place in a challenging time for both countries, but, in general, it carries in itself prospects of the bilateral relations. First of all, as you have already pointed out, King Salman has attained the respectable age, so he should think about the devolution of power and future positioning of the country in the Middle East and the world at large. He needs to make sure that he and his successor have room for geopolitical manoeuvre.

A number of investment agreements with Russian companies (Novatek, Rosneft, SIBUR) are expected to be signed during the visit, which would enable to reorient Russia’s attention towards Riyadh and understand that there are other centres of power besides Tehran. That is what Mohammed bin Salman was talking about in his interview with Washington Post in April. Their task is to make Russia rely not only on Iran in the region. This objective will be pursued during this visit.

It is, of course, a historic visit and a large delegation arrived with the King, as it should be. Could the disagreements between the two countries be resolved as a result of this visit? In my opinion, it is possible to achieve the neutrality of Riyadh on Syria’s de-escalation zones, I’m talking about the unspoken neutrality, that will be known in Kremlin. At the same time, a change of Russia’s position on certain factions’ issue and even Saudi Arabia’s role in the post-war architecture of Syria is also possible. I don’t expect any agreements regarding Bashar Assad’s future to be achieved, and Saudi Arabia’s official position will not be softened. It means they will continue to oppose Bashar Assad’s presidency. At the same time, behind the scenes, they will declare that, in principle, it is possible for Bashar Assad to stay in power.

Separately worth noting, that this visit is taking place against the background of an uncertainty between Saudi Arabia and current United States Administration. Experience shows that despite all that goodwill and relations of trust during the meeting between Donald Trump and Emir of Qatar, Trump’s Administration then changed their position and supported the blockade of Qatar, what was received with bewilderment in Qatar and despite the support of this position by KSA, a lot of people were concerned that something like this can anytime happen to Saudi Arabia. That’s why, in the present case it is important to diversify the opportunities for geopolitical manoeuvre and therefore building relations with Moscow is useful in the perspective of future policy-making in the region.

It should be noted although this visit is regarded as a return visit, after Putin visited Saudi Arabia 10 years earlier, it shows that Russia interacts with Saudi Arabia from a position of strength, because Moscow has considerable influence in Syria, Moscow supports Tehran, that defeats Saudi Arabia in Sunni-Shia confrontation in the region and in this situation Saudi Arabia has to negotiate. It should be mentioned that Russia sets in place all the conditions for negotiations, perhaps, one indication of it is softening of the position of the Russian Federation regarding the war in Yemen in the statements made by the MFA. In general, as I have said I think that a progress will be achieved during this meeting, and again, progress is relative and this visit will be much more intended for the future prospects.

Be the first to comment at "Dmitriy Frolovskiy: For KSA, building relations with Moscow is useful in perspective of future policy-making in region"