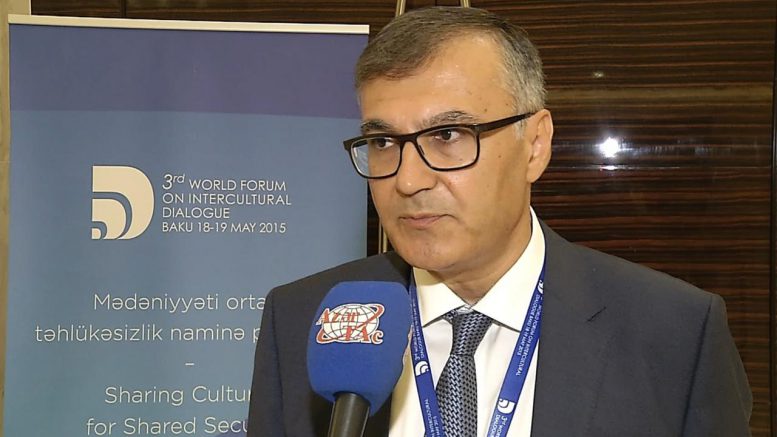 Armenian film industry workers should pay attention to the tragedy of all Azeri residents of Armenia expelled from their homes during several weeks in the winter of 1988, said political analyst Fuad Akhundov to the Interfax-Azerbaijan news agency while commenting on the film “The Last Resident” by Armenian director Jivan Avetisyan.

The movie tells the story of the last Armenian inhabitant of the village in the territory of Azerbaijan, which was left by the Armenian residents. The main character of the movie – Abgar – is not going to leave his native village.

“The film is about the only Armenian in just one village of Azerbaijan. In general, up to 30 thousands of Armenians live in Azerbaijan now, and they were never forced to leave their homes. Azerbaijanis who lived in Armenia were expelled in just three weeks in November-December 1988, and they were not able to take their belongings, and the exile of Azeri people was accompanied by violence and murders. As a result, about 250 thousands of Azerbaijani civilians left their home grounds during this period. Such a haste was caused by the plan to destroy the creation of the Azerbaijani autonomy within the Armenian SSR (by analogy with the Nagorno-Karabakh autonomous region within the Azerbaijan SSR). This initiative could completely put an end to the separatist sentiments in Nagorno-Karabakh, given that Azerbaijanis in Armenia could also ask for accession to Azerbaijan. The fact of forcible expulsion of Azerbaijanis from Armenia is carefully being hidden until now. As they say, no Azerbaijanis – no problems “, F. Akhundov noted.

Akhundov points out that, as a result of this policy, Armenia has become a mono-ethnic state, in which almost 100% of the population are Armenians. “Deputy Foreign Minister of Armenia Ashot Khovakimyan had to admit this fact during the session in the UN Committee on April 25-28, 2017 on the report on the fulfillment of international obligations under the Convention on the Prevention of All Forms of Racial Discrimination. When Khovakimyan was asked why the report does not say a word about the situation with the Azerbaijani population of Armenia, and how many Azerbaijanis live in Armenia, he admitted that no Azerbaijanis live in Armenia, and that Armenia is actually a mono-national country. At the same time, Khovakimyan tried to explain the mono-national status of Armenia by the fact that ethnic minorities do not want to reveal their origins, thereby it had become clear to everyone that the discriminatory policy of Armenia yields its fruits. And when the next day the minister stated that one Azerbaijani woman was found in Armenia, this announcement caused laughter in the meeting room, “F.Akhundov noted.

Akhundov noted that the regime in Yerevan by pursuing the policy of hostility to all ethnic minorities, and especially to Azerbaijanis, thoroughly ethnically cleaned the entire territory of the country.

“Today’s Armenia is a country governed by the algorithm of Robert Kocharian, the Dashnaktsutun party and other terrorist organizations and they say about the incompatibility of Azerbaijanis and Armenians. Speaking at the meeting of the PACE in January 2003, Kocharian, who was a president then, said the following: “Armenians and Azerbaijanis are genetically incompatible.” As a result, there are no Azerbaijanis in Armenia today. Though, in the neighboring countries, for example, in Georgia, Turkey, Russia, Iran and even in Azerbaijan, Armenians and Azerbaijanis live together peacefully, their children go to the same schools and there are no problems with their compatibility, “F.Akhundov said.

“Such a mono-national state emerged in a multinational region where people of different nationalities are united within several states – Azerbaijan, Georgia, Turkey and Iran, and only in the middle of all these states is a mono-ethnic Armenia, “F.Akhundov said.

He stressed that the policy of the forcible expulsion of Azerbaijanis had continued in Nagorno-Karabakh and adjacent regions of Azerbaijan, occupied by Armenia. “And there the cruelty of Armenians acquired the character of fascist atrocity, when more than 600 people were brutally killed in Khojaly over the night, the overwhelming majority of whom were children, women and old people,” F.Akhundov said.

“Armenian filmmakers who constantly refer to the themes of the Armenian tragedy in Turkey and in Azerbaijan, should pay attention to their unique country, where you will not find a single Azerbaijani, and they should try to depict in films this real, and not a fictional tragedy, “advised F. Akhundov.

Be the first to comment at "It would be fairer for Armenian filmmakers to create films about real, not fictional, tragedies"