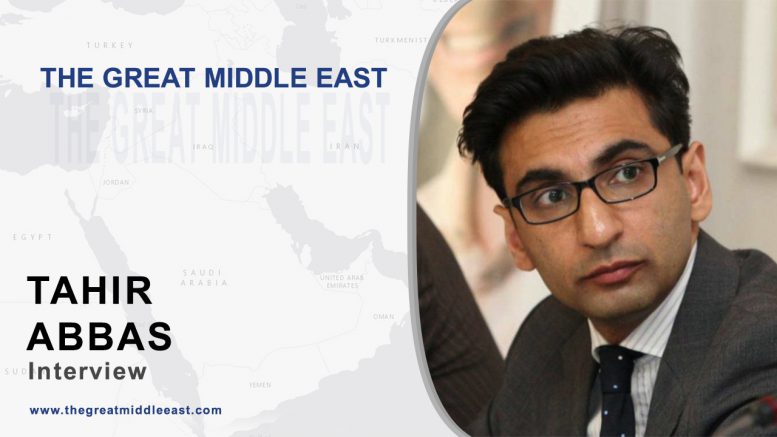 The presentation of the book by Professor Tahir Abbas will be held on April 26 at the Royal United Services Institute. The book is called “Contemporary Turkey in Conflict”(You can buy the book HERE). We decided to do a short interview with Mr. Abbas before the official presentation of his book. Let us recall that Professor Tahir Abbas is a Senior Research Fellow at the Royal United Services Institute in London. Abbas has been researching and writing on ethnic relations, Islamophobia and radicalisation since the mid-1990s.

On April 26, the presentation of your book “Contemporary Turkey in Conflict” will be held in London. Can you tell us what your book is exactly about?

This book explores the nature of ethnic relations in a political context where the role and position of Islam in society has changed in the light of the emergence of the AKP in 2002. For a decade, Turkey was growing strongly, and inclusively, building a confident national project, but from 2010 onwards, matters began to change. This was due to internal fissures but also disengagement by the EU and other western powers when the Arab Spring created new challenges for the region as a whole. When I moved to Istanbul to teach sociology in 2010, there was a still a sense of a confident Turkey, but by the time I left the country, ten days before the failed coup of July 2016, the country was deeply divided between pro-AKP supporters and everyone else. During the six years I lived and work in Istanbul I was able to carry out research on the topics that interest me, namely ethnic minorities, ethnic conflict, social and community relations in a political context, political violence, the urban context and questions in relation to identity. I carried out original field research in Yüksekova, essentially at the bottom of Turkey. I also explored the Gezi Park events. I also analysed secondary data from the European Social Survey to explore questions of social capital and political trust. This data allowed me to understand how majoritarian nationalism was mobilised to politically augment the AKP from the late 2000s onwards. I also explored ethnic gentrification in Istanbul, a contentious topic. The book attempts to uncover the sociological and political layers of Turkey, but no to discredit the national project. Rather, the attempt is to present the challenges facing Turkey as a function of the remnants of a hasty retreat from the Ottoman Empire and the embrace of secular republicanism. In trying to reconcile Islam and Europe, East and West, Turkey was re-imagined prematurely, but in the process it created political structures that remain deeply intractable to change, which are necessary in the light of globalisation, and as power globally steadily shifts from West back to the East.

What do you think will be the attitude towards your new book in Turkey? Will it please the Turkish society or provoke a storm of criticism?

In many ways, as a sociologist my aim was not to please to displease sections of society, nor to tell a one-sided story, but to present a mosaic of different aspects of social and political life in Turkey from the point of view of those most deeply affected by it, namely minorities and others outside of the mainstream. It is only possible to test the virtues of a democracy by understanding how it treats minorities. This was my first and last aim. I also wanted to go beyond the romanticism that plagues some account on Turkey.

In your opinion, as a scientist and researcher, what can Turkey expect from the next 5-10 years in political terms?

Now that President Erdogan will be an executive president based on 18 amendments to the constitution from 2019 inwards, there is a chance that authoritarian and populist Islamism will become the norm. It is important to state, however, this authoritarian is not entirely generated in isolation. It is response to internal challenges and external pressures, especially as the EU withdraws all its support in relation to entry into the union, which has always been tentative, but is now at a new low. The conflict in Syria and the rise of the Islamic State as well as the need to host nearly 3m refugees has meant that Turkey faces new threats and challenges that were entirely unexpected in the recent past.

Erdogan has managed to win every election and referendum that has been held in Turkey since the AKP came into power in 2002. In the context of a state of emergency, the recent referendum occurred at a time of immense tension between a divided population still coming to terms with a bloody failed coup. While the result was narrow, the victory was decisive enough for Erdogan and the AKP. The social and political divisions in society, however, could not be wider in the current climate.

Right now, there is a still a period of healing that is needed in relation to the events of the failed coup. This will take time. The good in relation to peace processes, openness to differences, within society and without, and an internal and externally-orientated confidence as a major player in the Middle East will also take time to work through. As history has shown us, Turks have resolve, pride and an immense sense of identity that is resilient to external pressures. Turkey will bounce back but as what exactly still remains unknown in the current period.

Ending of a terrorible year

Why Turkish people voted yes at the referendum – Video

Be the first to comment at "Tahir Abbas: The book attempts to uncover the sociological and political layers of Turkey"