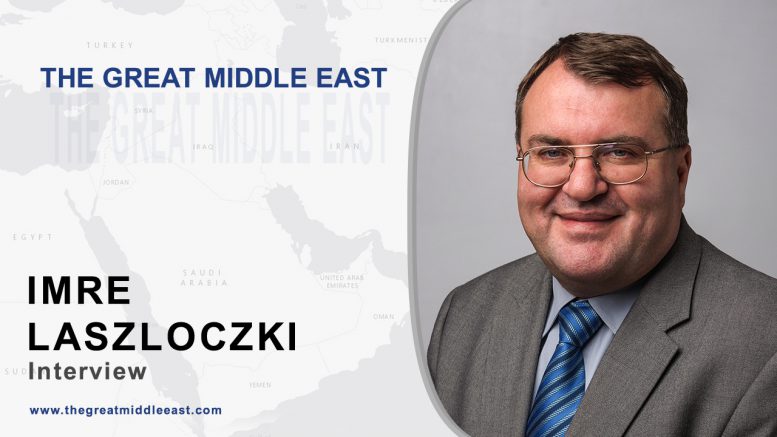 The migrant crisis coming from the Middle East, has closely affected several European countries, one of them is Hungary. We present you the interview with the Extraordinary and Plenipotentiary Ambassador of Hungary to Azerbaijan.

The flow of migrants to Europe during last few years haven’t passed your country by, though majority of migrants do not plan to stay in Hungary, but use the territory of your country as the transit, nevertheless, you have faced with certain problems. Can you tell us, how many migrants crossed the border of Hungary in 2016 and what problems Hungarian side experienced because of it?

In 2015, according to the statistics of the Office of Immigration and Asylum 177.000 people applied for asylum in Hungary. This is a huge number. In 2016 after establishing a stricter border control system from September 2015, this number sharply decreased to 29.000. Hungary had got and has the same position with regard to migration crisis: the external borders of the European Union have to be defended and it is not acceptable, that thousands of people without any documents or registration are travelling across the European Union. This is worsening the people’s feeling about the stability and security and according to the statistical data this leads to the increasing number of the criminal cases. Besides, those who applied for asylum in Hungary have got all the supplies and support during the process, which are stipulated by the Hungarian law. In justified cases the authorities gave the client the asylum or another supplementary protection. But we also should mention that the majority of the asylum seekers left Hungary during the procedure, they did not wait for the decision, and travelled to other EU member countries.

The flow of migrants in Hungary, forced the authorities to introduce serious border control. How did this measure reflect in the Hungarian tourism industry?

We know that among the migrants, not all citizens are from the countries where there are conflicts (e.g the Syrian citizens), if classify migrants by countries, citizens of which 3-4 countries lead in the list of migrants who crossed or tried to cross the Hungarian border?

According to the statistical data, most of the applicants came from Afghanistan, Syria, Iraq and Pakistan.

How can you characterize the level of bilateral relations between Azerbaijan and Hungary?

In 2014 during President Aliyev’s visit to Budapest, a Joint Declaration on Strategic Partnership was signed. This partnership covers the development of the bilateral cooperation in all spheres: political, economic, cultural and humanitarian as well. The high level political dialogue is very active and the political relations are excellent. They are not burdened with tensions or open questions. In fact, the common historical roots and the sympathy between our peoples provide an excellent basis for co-operation. I would like to emphasize the successful work of the Intergovernmental Committee, the next session of which will be held this year in spring in Hungary. We are also working on President Aliyev’s visit to Budapest this year. Earlier our leaders met in every two years, but from 2016 they will meet every year, which makes the cooperation more intensive and active. In connection with the humanitarian and educational relations I would like to mention only one thing: the Government of Hungary has launched a scholarship program for Azerbaijani students. From 2015 every year 200 places were provided for them. In the frame of this program the Hungarian Government pays the tuition fee, gives monthly stipend, and offers medical insurance and dormitory or a monthly contribution to the accommodation costs. Last year about 180 Azerbaijani students got the scholarship, thus we hope, that we can even more students involve in the program. Let me here avail to the opportunity to promote our planned cultural programmes in this year. In cooperation with the Heydar Aliyev Foundation and the MFA of Hungary on the 16-17th of March, 2017 the Embassy will organize a number of events in the framework of the project titled “Hungarian Days in Baku”. During these days book and movie presentation, fashion show, art exhibitions, concerts and gastronomic event will take place in Baku. In autumn we will also organize some cultural and scientific events, dedicated to the anniversary of the great Hungarian composer and teacher, Zoltán Kodály, and also to the “Greatest Hungarian”, István Széchenyi.

About the economic relations I can say, that over 50 percent of the Hungarian trade volume with the South Caucasus region accounts for Azerbaijan. A steady growth of trade has been observed since 2013. Well-known pharmaceuticals, electrical machines and equipment, cars, food items, cattle dominate among goods delivered from Hungary. Apart from the increase in trade turnover the primary goal is the promotion of mutual investments and project cooperation.

How do you think are the perspectives of cooperation between Azerbaijan and Hungary?

Main directions of economic cooperation and the most promising sectors were identified during the visit of Hungarian Prime Minister Viktor Orban to Baku in March 2016, and these directions are the development of infrastructure, agriculture, energy, cooperation in water industry and IT spheres. Several agreements were signed between the sides during the visit, such as the agreement on the protection technology of various facilities, an agreement on the creation of an electronic parking system and other payment systems, as well as agreements in the field of agriculture and food industry. During the Prime Minister’s visit, the sides agreed that on the basis of excellent political relations and previously achieved results, it is necessary to bring economic cooperation to a qualitatively new level, as well as change the structure of the Hungarian-Azerbaijani economic cooperation considering the new requirements of the global economy.

Hungary offers Azerbaijan new technology for electronic fare collection in transport, the introduction of electronic systems in the areas of agricultural production, urban planning, power supply, as well as the water industry. Hungary also offers new technologies in the field of agricultural processing and for the food industry. In these areas, Hungary possesses high-level technical solutions. Both countries are interested in the creation of the joint enterprises, including those in the sphere of high technology.

Hungarian companies have already started to implement a number of joint projects with Azerbaijan. One of the latest proposals is to create a plant for processing of medicinal plants and production of spices in one of Azerbaijan’s southern regions through the new investment incentives provided to the Azerbaijani industrial parks and clusters. Hungary also considers a possibility of creating a pharmaceutical plant in Azerbaijan.

Hungary in every way supports the development of relations between Azerbaijan and the EU, including the issue of early conclusion of a strategic agreement. Hungary may help Azerbaijani business to enter the European Union (EU) market, namely, to provide an opportunity for creating enterprises, investment opportunities, as well as the market for sale of traditional Azerbaijani goods.

A year on, migrant crisis hangs over votes in Hungary, Austria

Hungarian Muslims ‘feel the hate’ as vote on migrants looms

Be the first to comment at "Imre Laszloczki: Hungary still maintains the position that the external borders of the European Union have to be defended"