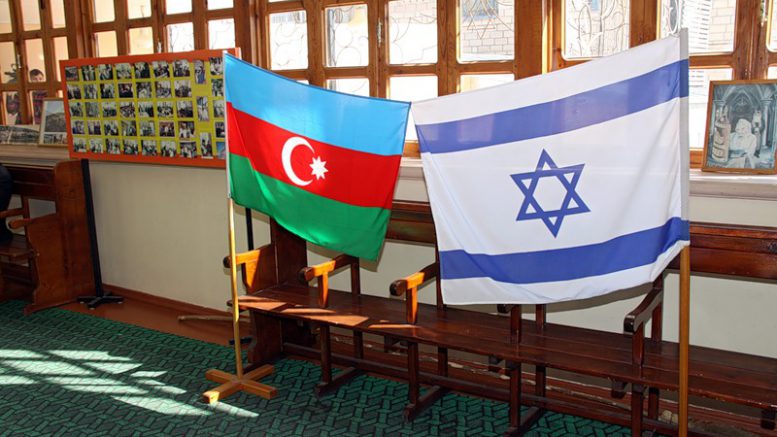 Netanyahu traveled last week to Azerbaijan and Kazakhstan, both Muslim countries with whom Israel has strong security and business ties.

Rafael Advanced Defense Systems, the company that developed the Iron Dome with Israel Aircraft Industries, had no comment on the sale.

The system intercepts shortrange rockets and artillery shells fired from a distance of four to 70 kilometers if their trajectory takes them into populated areas.

Azerbaijan is believed to be one of the first countries to purchase the weapon. Over the years, there have been reports of other countries – including South Korea, Singapore and India – that have expressed interest in the system, but those sales were never publicly confirmed.

Azerbaijan’s interest in the system is believed to stem from Armenia’s recent purchase of Russian Iskander short-range ballistic missiles.

Azerbaijan and Armenia have been in conflict for decades over the contested Nagorno-Karabakh territory, a conflict that flared up again in April.

Last week, after meeting with Netanyahu, Azerbaijani President Ilham Aliyev revealed that his country has signed $5 billion worth of long-term contracts over the years to buy weapons and security equipment from Israel.

At Sunday’s cabinet meeting, Netanyahu said that Israel imports about half its oil from Azerbaijan, and is looking into the possibility of hooking up to the country’s gas pipeline that supplies gas to Europe.

Netanyahu said Azerbaijan and Kazakhstan “admire” Israel and want to strengthen their relationships with it.

He described his reception in Azerbaijan – which he visited once before briefly as prime minister in 1997 – as “extraordinary.”

In addition, he said that Kazakhstan, which he described as “a gigantic country in central Asia, which has wide-ranging ties with Russia and China, and also with Iran,” wants to open its markets to Israeli investments, and to Israeli developments in agriculture, technology, industry, “and – of course – security.”.
Source: jpost.com

Prince William Is Visiting the Middle East. Here’s What to Know About Britain’s Controversial Role in Shaping the Region

An important reason for Israel’s support for Azerbaijan