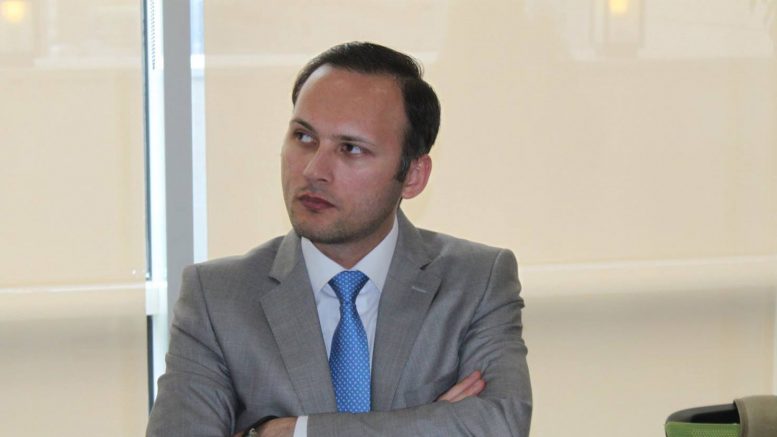 Recently, the Prime Minister of Israel, Benjamin Netanyahu, made a historic visit to Azerbaijan. In this regard, on the eve of the visit, the head of the project “The Great Middle East” Ali Hajizade was interviewed by an Israeli website nrg.co.il
We present you the English version of the interview. You can read the original here.

What are the general expectations in Baku from Netanyahu visit?

Military-technical cooperation between Azerbaijan and Israel is at a quite high level, the same can be said of political contacts. Israel is a major buyer of Azerbaijani oil. However, there is a large potential for cooperation between the two countries, and it cannot be limited to the areas that I have mentioned. It was in 1997 when Benjamin Netanyahu was in Azerbaijan last time. I think the current visit of the Israeli Prime Minister will give a powerful impetus to the relations between the two countries, particularly in the economic sphere. The signing of major contracts for the supply of modern Israeli weapons to Azerbaijan, as well as contracts for the expansion of the joint production of defense products in Azerbaijan cannot be ruled out.

How do you explain the strategic Azerbaijani decision to maintain good ties with Israel despite Iranian position on that subject?

It’s a very interesting question, I wrote a lot on this topic at the time. Azerbaijan builds its foreign policy in accordance with its strategic interests. However, Iran does the same. In Azerbaijan, the Azerbaijanis and Jews have lived side by side for centuries, in peace and friendship. Baku probably was the only city of the Russian Empire where there were no Jewish pogroms and anti-Semitism, and Azerbaijan is probably the only Muslim country where there is no anti-Semitism. Israel is home to a large number of citizens originating from Azerbaijan, they also serve as a bridge between the two countries. The positions of Israel and Azerbaijan in the international arena are very similar on some issues. Azerbaijan, like Israel, is in a difficult environment, to put it mildly. All this makes Azerbaijan and Israel natural allies. Allied relations between Israel and Azerbaijan are not directed against any country. Of course, the Iranians believe otherwise, but that’s their right.

How the ties with Israel effect Azerbaijani – Iranian relations?

There were publications that new deals regarding army contracts and weapon deals are being discussed between Baku and Jerusalem. What are the Azerbaijani expectations regarding that matter?

Azerbaijan, given its difficult situation and problematic neighbors, is always taking measures to improve the country’s defense capabilities. In this regard, for Azerbaijan, cooperation with Israel in the defense sector is a very important aspect of the bilateral ties. The recent decision to purchase the Israeli “Iron Dome” system is part of Azerbaijan’s attempts to improve the defense of the country, including air defense with the assistance and participation of Israel.

I wouldn’t rule out that during Netanyahu’s visit there will be agreements on additional supplies of Israeli arms.

There were also publications that indicates that Mossad using Azerbaijan to spy after Iran. As far as you know, is that true?

You know, from time to time, we are witnessing the birth and fading of all sorts of versions. If you recall, in the midst of the crisis around the Iranian nuclear program, the media immediately began to spread information about the alleged use of several Azerbaijani air bases to attack Iran. Later this information was not confirmed.

As for Mossad and their Azerbaijani colleagues, naturally, the relevant services of the two countries cooperate in the interest of safety.  But as I have already mentioned above, cooperation between Azerbaijan and Israel is not directed against third countries. Israel and Azerbaijan are sovereign states and have a right to decide how and with what measures they should ensure their national security, including the collection of information.

What are the Azerbaijani expectations from Netanyahu visit regarding oil and gas industry?

As you know, Azerbaijan itself is a gas-exporting country. After the commissioning of major pipelines to export Azerbaijani gas to Europe, Azerbaijan’s profit from gas exports, just as its role in ensuring the energy security of Europe, will increase. I know that Israel is considering the option of building a gas pipeline to Europe to export Israeli gas. And some believe that the Israeli gas will be a competitor for the Azerbaijani gas. I don’t think so. I believe that the market is large and there is a place for everyone. However, on the other hand, Israel can use the TAP and TANAP projects to diversify its export opportunities. The Azerbaijani oil and gas monopolist SOCAR is interested in gas distribution networks of several European countries. If Israel and Azerbaijan can act as partners in the European market, the parties will only benefit from this, both economically and politically. I do not rule out that President Aliyev and Prime Minister Netanyahu will address these issues in the course of bilateral meetings.

What is the opinion of Azerbaijani religious establishment to the close ties with the Jewish state?

We must first consider that Azerbaijan is a secular country and here religion is separated from state. Moreover, according to a number of authoritative international experts, Azerbaijan is the most secular Muslim country in the world. Accordingly, the local Muslim clergy is loyal to Israel. The Caucasus Muslims Office is located in Baku, and is headed by Sheikh-ul-Islam Haji Allahshukur Pashazade. Sheikh can often be seen next to the representatives of the Jewish clergy of Azerbaijan, Sheikh also donated money for the construction of a Jewish synagogue in Baku. I think these facts very clearly illustrate the attitude of the Muslim clergy in Azerbaijan. However, it is worth noting that there is a marginal group of people under the influence of Iran and who oppose close cooperation with Israel. But fortunately they are marginal.

Are any demonstrations of pro Palestinian activists expected during the visit?

I do not expect any pro-Palestinian demonstrations. I can’t rule out that some pro-Iranian marginals may protest in social networks, but that’s as far as it will go. The vast majority of the Azerbaijani society, including opinion leaders, has a positive attitude toward Israel.

On your opinion, is there a diplomatic solution to Nagorno-Karabakh Issue?

The Nagorno-Karabakh conflict is one of the first conflicts in the former USSR. Since 1994, diplomats mediated by the OSCE Minsk Group are trying to resolve the issue, but as we see the issue is not settled. The UN, OSCE, Council of Europe and other organizations have adopted a large number of documents on Karabakh, however, all that remains on paper. In Azerbaijan, almost no one believes in the possibility of a diplomatic solution to the issue. The situation is also exacerbated by interest of a number of neighboring countries in maintaining the status quo. This way they can keep Armenia in their orbit and influence on Azerbaijan. I do not see a diplomatic solution to the conflict in the foreseeable future.

Analysis: Why Hasn’t Israel Been The Victim Of Mass Shootings?

Israel: no country for black people

Be the first to comment at "Ali Hajizade: Cooperation between Israel and Azerbaijan is not directed against any third country"