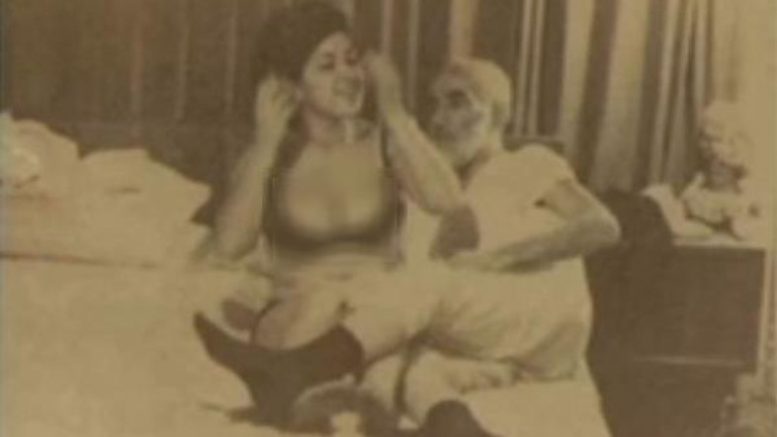 Scandalous details surrounding the life of Iranian hard-line cleric Sheikh Jafar Shojooni are re-emerging more than a week after he died, Persian media outlets have revealed.

Shojooni, an ultra-conservative militant former member of Iranian Parliament, can be seen in revealing photos from the 1970’s showing him in bed with unnamed prostitutes.

The photos, revealed by Persian media outlets based in Washington DC, also exposed another hardline cleric – Mohammed Taghi Falsafi in similar images with another prostitute.

Months before his death, Shojooni addressed the photos when asked by Aparat News Channel denying their authenticity. He said the photos were allegedly taken by intelligence staff working under the Shah before the 1979 revolution but contended that the Falsafi photos were real.

The photos, revealed by Persian media outlets based in Washington D.C., also revealed another hardline cleric Mohammed Taghi Falsafi in similar photos with another prostitute

He also claimed the prostitutes were working alongside the Iranian secret police of the SAVAK.

When pressed again by Aparat’s journalist on his photo with the prostitute and asked whether they were forged, he responded with a smile: “InshaAllah (God willing) they are forged.”

The Persian-American channel reportedly received the photos from someone working with the intelligence apparatus of Mohammed Reza Pahlavi.

Trump to Iran: ‘Never ever threaten US again’