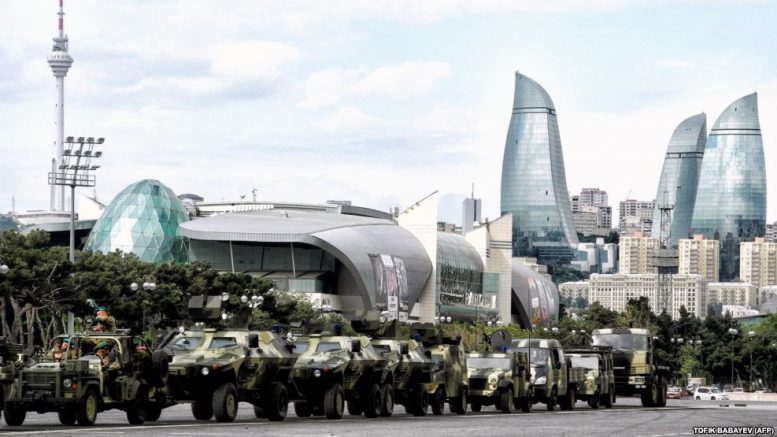 The other day, an important development took place in the context of relations between Russia and Azerbaijan – Baku hosted a meeting of the Azerbaijani-Russian Interregional Forum. At the beginning of the next month, Russian Deputy Prime Minister, who oversees the military-industrial complex of the country, Dmitry Rogozin, who is said to be close to Putin, will arrive in Baku. Considering that Russia is one of the OSCE Minsk Group Co-Chair countries and the main ally of the aggressor Armenia, it can be said that both of these events will leave a special mark on the relations between Azerbaijan and Russia.

He noted that there are great expectations from the results of the meeting of the intergovernmental commission:

“Recently, Baku hosted a Russian-Azerbaijani forum, the objective of which was to raise Russia-Azerbaijan relations to the level of alliance. The parties intend to make recommendations to their governments in this direction. Subsequently, it is expected to hold a meeting of the intergovernmental commission. Therefore Rogozin’s visit can be considered as remarkable. The meeting will be held in a constructive manner. That is, Russia will provide Azerbaijan with the highest benefits in the field of arms and trade ties”, – said the political scientist.

Noting that Baku is very seriously preparing for this meeting, the analyst did not rule out the beginning of a joint military production:

“Currently, the main issue is to neutralize the “Iskander-M” given to Armenia. Great hopes are pinned on the visit of the Prime Minister of Israel to Baku, but relations with Moscow, too, are of particular importance. I believe that Rogozin’s visit will create new opportunities to strengthen the military potential of our country. Azerbaijan is trying to form a military-industrial complex. We still depend on other countries when it comes to equipment of the army with modern weapons. Russia provides us with special benefits in arms sales, and Azerbaijan uses them to its advantage. I suppose Azerbaijan will take all necessary steps to ensure military superiority, and Moscow has responded positively”.

Prior to Rogozin’s visit to Baku, Minister of Defense Industry Yaver Jamalov is scheduled to visit Pakistan in late November.

“Interfax-Azerbaijan” was informed about it by a diplomatic source. Jamalov will visit Pakistan at the end of November to participate in the exhibition of defense products.

As it turned out, Islamabad has approved an action plan to accelerate the supply of $ 500 million worth of defense products to Azerbaijan. This information was disseminated by Radio Pakistan. The decision was made in Islamabad at a meeting of the interdepartmental Working Group. The Working Group prepared a five-year plan in this regard. Of course, this will be the main subject on the agenda for Jamalov’s Pakistan visit.

Recall that the President of Azerbaijan Ilham Aliyev, at the meeting with Nawaz Sharif in Baku, announced that Azerbaijan is interested in the purchase of modern military technology and next generation equipment from Pakistan, including a joint production.

It is well known that Pakistan is one of our main suppliers of weapons. According to military analysts, by purchasing more modern systems of defense and attack from Pakistan, and by achieving a joint local production, Azerbaijan will be able to maintain military superiority over Armenia. Of course, successfully developing military-technical ties with Israel are very important.

In this context, as emphasized by the political scientist Habil Huseynli, the expected visit of Israeli Prime Minister Benjamin Netanyahu to Baku may become another nightmare for the enemy. In the sense that the end will be near for the aggressor’s desire to establish military parity with Azerbaijan with the help of “Iskander” and other Russian weapons.

It is about the purchase of anti-missile defense systems “Iron Dome” and “Magic Wand” from Israel, as opposed to those complexes. According to some sources, Azerbaijan already has the “Iron Dome”, but its modernization is on the agenda. Recall that the current Defense Minister of Israel is a friend of Azerbaijan, Avigdor Lieberman.

In any case, Azerbaijan, while maintaining arms trade with Russia at the minimum level, began to increase military-technical cooperation with closer partners and allies (Pakistan, Turkey, Israel, Ukraine) with a well-developed military industry.

After all, Russia is the main military and political ally of Armenia. But Baku has wide opportunities for maneuver in matters of armament and economic potential. This means that the aggressor with the help of Russia will not be able to establish military parity with Azerbaijan and start an arms race.

The National Interest: Azerbaijan remains important partner for US