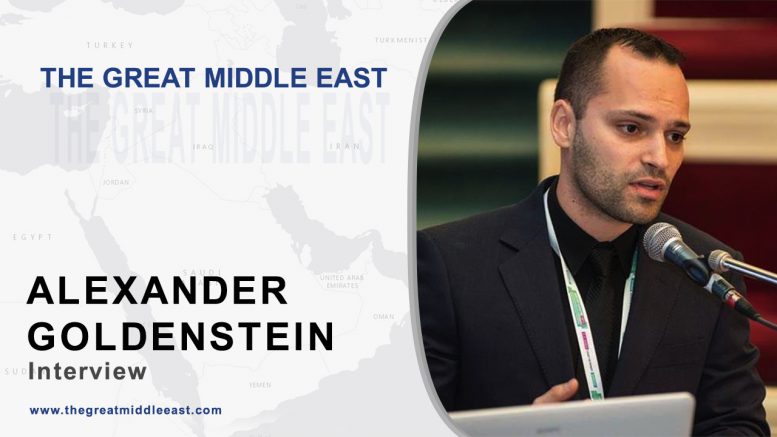 More than a week has passed since the elections in the US – perhaps the most scandalous elections in the history of any democracy in the world. Unexpectedly for most journalists and analysts, Donald J. Trump became the 45th president. However, there are people that are not surprised by Trump’s victory. One of them is a political strategist, advisor for the Donald Trump campaign in Israel, Alexander Goldenstein. We decided to talk to Mr. Goldenstein about why the Republican Party opened a headquarters in Israel and how it affected the election results.

Hello, Alexander. Could you tell us about the work of the campaign office in Israel? It’s the only headquarters of Donald Trump in the Middle East, isn’t it?

That’s right. Our office was working with the organization called Republicans Overseas, created in 2013, to support Americans who are living outside the United States. Israel is home to about 300 thousand people with US citizenship, and it was very important for us to secure their support. This year they were able to vote by mail and on the Internet, it made our job easier. A total of just over 120 thousand people voted, which is a lot more than in 2008 and in 2012.

And how many votes did he get in Israel?

More than 90 thousand. We knew that the Israeli Americans, for the most part, vote for right-wing parties, which means that they will support Trump, because he has the most pro-Israeli entourage in history (Gingrich, Pence, Bolton, Friedman, Giuliani and others), and he himself clearly supports Israel. That is why we have tried to ensure the highest possible turnout, because three out of every four voters gave their vote for our candidate.

But still, Israel is a small country. What are 300 thousand people compared to almost 300 million in the United States?

Of course, but many Israeli Americans have friends and relatives in the United States. They are “rooting” for Israel, therefore, we believe that the activity of our campaign office had an impact on them, too, and that is several hundred thousand people more.

But there is a “third circle” of voters, for whom we have worked. Donald Trump, to put it mildly, is not a classic Republican. You certainly wouldn’t call him conservative. He is not part of the establishment, he is from New York, he is a showman, a playboy. And it started to cause problems among those groups that were supposed to have voted for him automatically.

Namely, among evangelical Christians. We are talking about approximately 25% of the US population – 80 million people. They care about conservative values (family, right to bear arms, prohibition of abortion, etc.), the Bible and … Israel. They support Israel unconditionally. For them, the city of Jerusalem is as holy as for the Jews. They believe giving territory to the Palestinians would be a sin. And these people, according to the polls, did not want to give their vote for Trump. They would not have voted for Clinton under any circumstances, they just would have stayed at home. This would mean a big defeat of the Republican candidate.

The opening of headquarters in Israel was a signal meant for evangelists.  As were Trump’s statements that the United States will always stand with Israel, including in the UN Security Council, and that the embassy will finally be transferred to Jerusalem.  While attending the event of our headquarters in Jerusalem, Trump’s adviser David Friedman said that if the State Department officials will dare to oppose the transfer of the Embassy to the capital of Israel, the new president will fire them the next day. That is, evangelists realized that Trump is a real defender of the Jewish state, he won’t let Israel down. This is the effect that we wanted to achieve, and I think that all turned out pretty well!

And did Clinton open her headquarters in Israel?

No. She was so zealously supported by the local media that she did not even have to try. Fortunately, just like in the United States, journalists were talking to each other rather than with the people. Just like ostriches, they were hiding their heads in the sand and were shouting whatever they liked. Therefore, for them, Trump’s victory came as a surprise.

But wasn’t it a surprise for you?

No, it wasn’t. We were in constant contact with Americans; we were seeing what is happening. It was clear that CNN, Boston Globe, New-York Times and other mainstream media have simply lost any connection with ordinary citizens. We have seen how Trump supporters were filled with enthusiasm, unlike Clinton supporters. It was clear that on Election Day they will come out to vote, neither rain nor cold or anything else can stop them, while our opponents had it all exactly the opposite. In addition, it was obvious that people are just fooling sociologists, and that polls are not worth the paper they are printed on. Here in Israel, the situation is similar, and so it was all very familiar. So there were concerns, I won’t deny it, but we believed in victory.  We are glad that we managed to achieve it!

The results of our November poll – people think that there will be no change!

Is Clinton better for Israel than Trump?

Be the first to comment at "Alexander Goldenstein: Trump’s Israel headquarters spoiled the Democrats’ game"