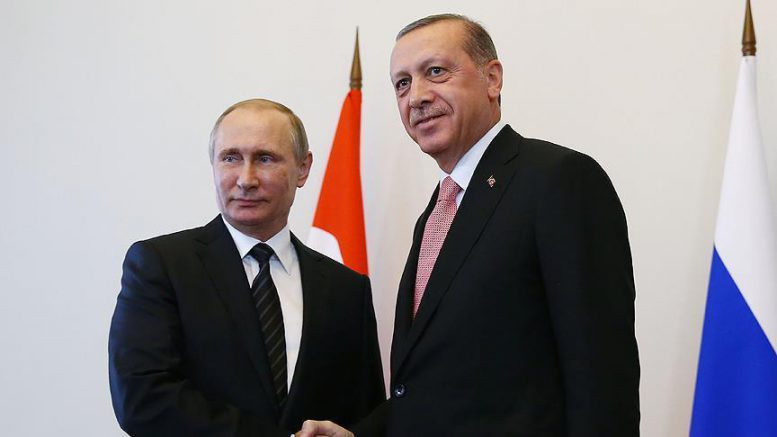 The two leaders discussed the latest developments in Iraq, the fight against terror, bilateral relations and regional issues, according to the source, who spoke on condition of anonymity due to restrictions on talking to the media.

Erdogan thanked Putin for his presence at the energy conference, which was held in Istanbul last week, the source said.

The two also discussed Syria, ending the conflict in Aleppo and delivering humanitarian aid to the northern city.

Syria has been locked in a vicious civil war since early 2011, when the Bashar al-Assad regime cracked down on pro-democracy protests — which erupted as part of the “Arab Spring” uprisings — with unexpected ferocity.

Daesh drops bombs on US and Syrian troops