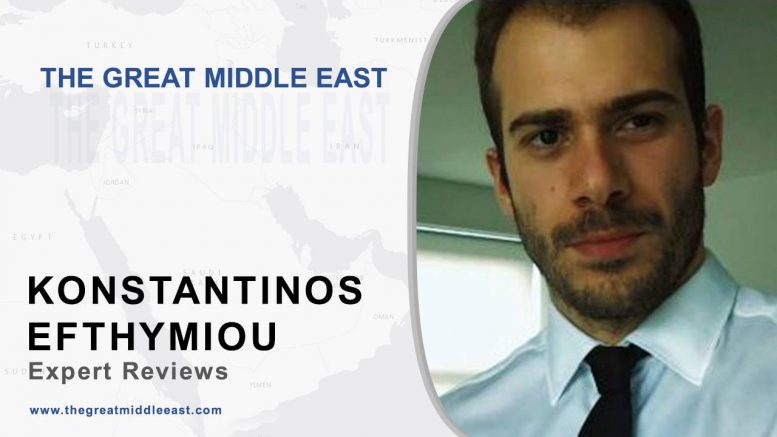 Europe is anxiously watching the crisis associated with the massive influx of migrants. One of the ways through which migrants are trying to get into the Schengen area is Greece. Despite its relatively small size and the difficult economic situation, Greece has accepted and continues to accept a huge number of migrants. Camps for migrants were established in Greece, as well as a large number of migrants rushed to the border hoping to cross it and go further. With a request to share his understanding of this issue we turned to Konstantinos Efthymiou, London based Geo-Politics Analyst.

What is the situation with the flow of migrants at the moment? How is Greece handling this flow? Is there a feeling that the EU pulled itself off the problems of migrants in Greece?

Conflicts between enclaved refugees/immigrants are becoming increasingly frequent, because of the high tensions in the camps. Those tensions are often caused by insignificant conflicts between ethnic groups. The usual outcome is frequent injuries, the use of stones and knives, as well as larger or smaller disasters in infrastructure and equipment centers. Those tensions though also reveal the ugly truth. The majority of refugees/immigrants were given fake hopes by the Turkish traffickers that, while entering into the EU, the refugees and their families would enjoy of benefits that will ensure them a prosperous and comfortable life. However, the refugees soon have to face the reality – which is far from convenient or prosperous. This creates despair, misery which turns to anger and violence.

It is indicative that, when the sun goes down, the FRONTEX officials on the Islands, NGO workers and all kinds of volunteers typically leave the centers, fearing for their personal safety. Nevertheless, little incidents looking at light. Non-governmental organizations (NGOS) do not disclose information which creates a negative image for the “customers” refugees/immigrants. Reportedly, as some NGOs workers support, if they publicize aggressive behaviors and every kind of violent act, that will intensify the concern of Greek public opinion and will eventually fuel xenophobia and racism. Even the managers of the centers have been adjusted to this climate of special “omertà”, and as for the police, it is rudimentary after all. Until recently, the Greek society had generally shown an admirable moral and material solidarity with the wretched refugees/immigrants, despite the very sharp economic crisis it is experiencing. The continuous and on-going lock-in however and the large crowd, combined with the almost daily violent episodes have already begun to cause social reactions. Due to the problems of public security, the Greeks have begun to experience refugee crisis not as a humanitarian problem, but as a threat to their traditional way of life. The diffusion of insecurity leads to a regression of public opinion to xenophobic attitudes.

As a response, the governmental actors should be prepared to deal with those problems for one reason mainly:

There is a long delay in refugees’ relocation to other countries-EU. According to the estimate of the Commission, the Turkish-Greek agreement clearly demanded that more than 6,000 refugees would leave Greece every month, in order to relocate to other countries-EU members. Based on that estimation, more than 36,000 refugees should have been already relocated. However, the reality is totally different. The EU-States have approved a total of 6,000 refugees whilst only 3,407 of whom have been relocated so far.  Despite the fact that the inputs from Turkey are reduced drastically, especially in the last semester – they did not vanish at all. According to statistics, July brought a daily average of 61 refugees/immigrants. In August that number became 110 per day, while in September the rate is more than 130 refugees a day. Despite that Greek authorities send a few dozen refugees a month back to Turkish coastlines, it is understood that even these small inputs is sufficient to keep the existing host structures overcrowded.

If someone adds however another 8,000 refugees who managed to flee the country illegally in the north, then the number becomes astronomic especially for a country with reduced capabilities of maintaining its national border control. The main street is the unattended passages in parallel of the Balkan corridor. Most of refugees cross the border towards the FYROM and continue towards Serbia. Fewer choose the road through Albania, while a small number still use the sea route towards Italy. The closure of the Balkan corridor has shrink the flow to the Greek Islands, but has also raised the flow from Turkey to Bulgaria, while the Africans prefer the sea route from Libya to the Italian island of Lampedusa.

Political-wise, the long delay in the relocation of refugees from Greece to other countries-EU members is due almost exclusively to the unwillingness of our partners. Most Member countries officially do not deny the relocation – except from Visegrad countries such as Hungary, Czech Republic, Slovakia and Poland. In a kind of hypocritical move the Commission had attempted to exert pressure on Member States that do not respond, asking to be fined 250,000 euro for each refugee reaching their borders. Despite Commission’s attempts however and the positive answer to Member States’ demands, the EU-authorities still pressure Greece and Italy to continue to accept the refugees without any convincing forecasting about the future or even worse without considering the implications.

Domestically, the Greek Government and Mr. Tsipras – Greek Prime Minister – seem to be unable to accelerate the pace of the refugees’ relocation. However, the Greek authorities should accelerate the pace of processing applications for asylum in order to multiply the number of deportations in Turkey. The EU-Turkish agreement is crystal clear: The new entrants’ applications for asylum will be processed on the Islands. The delay in processing applications has turned the Greek Island into hot spots (identification and registration centers) and into accommodation centers for unspecified time. This unacceptable situation has negative consequences: On the one hand that situation has due to unavoidable side effects at relatively small societies whilst on the other hand it promotes the decline in tourism, which is the main source of income for the locals. It should be noted that the State demonstrates a great negligence in the examination of applications for asylum. The already complex procedure is becoming even worse while refugees from safe countries – such as Pakistan, Bangladesh, Morocco, etc. – submit their requests for asylum mainly to earn years of legal residence due to Greek State’s inability to examine their applications rapidly.

Thus, new immigrants coming to Greek coastlines prefer to apply for asylum rather than be sent back i to Turkey. Because each request is examined separately, there was the assumption that the system will flood due to the large number. The European Asylum Support Office promised to send 300 experts to Greece. However so far there have been only 180. Considering the above, it is quite obvious that Greece is in the middle of micro-politics whilst the State’s national security policy is at stake. However there is a paradox. The closure of the Balkan corridor has made the way to the Greek Islands unattractive. Refugees/immigrants see Greece as a transit country and don’t want to be locked in here. That is why the great majority is unwilling to enter into this adventure; even if through the traffickers and the Turkish authorities encourage them in this direction. Thus, at the same time that refugees do not want to come to Greek islands due to the above, they still have no choice but coming.

Over 3.7 million school-age refugee children have no school to attend, UN report says

Be the first to comment at "Konstantinos Efthymiou: Greek Tragedy: Immigration wave"