A Muslim leader who wants to to be allowed to have a second wife has been told by his current spouse that she is fine with it.

Keysar Trad, who is president of the Australian Federation of Islamic Councils, said it was natural for men to have more than wife and that it was better to have two wives than to divorce the first.

Mr Trad called for the part of Shariah law that allows for men to have up to four wives to be accepted in Australia and admitted that he wanted a second wife.

Remarkably, his wife, Hanifeh, insisted she would not mind if her husband married another woman, saying she has no right to stand in his way. 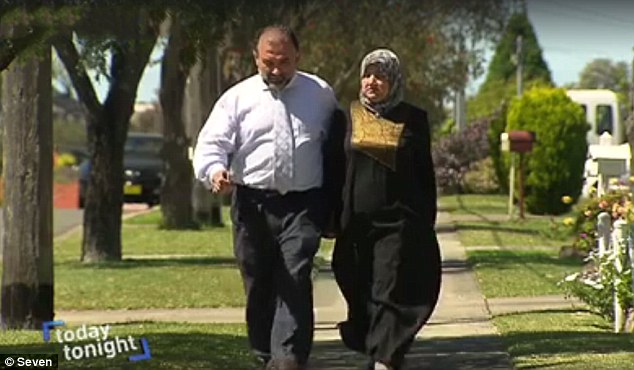 Mr Trad said that taking a second wife was ‘an alternative to divorce’ and that ‘in our religion, god hates divorce’.

He added that it was more important to be ‘honest’ and ‘committed’ than to be tied to one wife.

Under Shariah law, women are not allowed to marry more than one man, but Mrs Trad said she would accept it if her husband found another woman.

According to an interview Mr Trad gave to the Sydney Morning Herald more than a decade ago, he has wanted a second wife since 1998.

Mrs Trad said in 2002 that finding another wife was ‘Keysar’s pet topic’ and that he ‘became obsessed’ with a woman, however he did not marry her.

Only the strictest of Muslims follow Shariah law and polygamy is illegal in Australia.

Imam Mohammad Tawhidi, a sheikh from Adelaide, told Today Tonight that the interpretation that said men can marry up to four women was outdated.

He said it was meant for times of war, when scores of men were killed and the remaining women needed to be protected.

Imam Tawhidi accused Muslims in Australia that try to remarry of ‘misusing the religion’ for their own pleasure.

‘This is all about pleasure, lust or even revenge,’ he said.

‘We have Muslims in this modern day and age where they believe because they have enough money and can afford it that they go around looking for second wives, for pleasure. This is misusing the religion.’

According to study Islam is the world’s fastest-growing religion

Transgender in Lebanon: ‘A story of courage and determination’