The weapons believed to be thermobaric tipped missiles have been fired from Russian rocket launchers, which have been spotted in Syria, according to The Sunday Times.

Defence experts National Interest say an explosive inside the missile sprays a chemical cloud into the atmosphere, which can seep into buildings before causing a second explosion.

Huge explosions matching that of a thermobaric detonation have been filmed and reported in areas held by Syrian rebels throughout the summer. 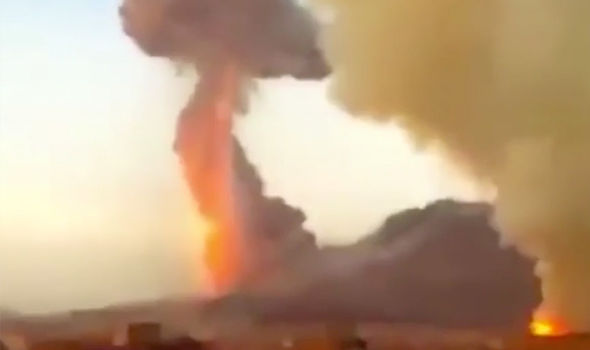 The weapons are reported to be thermobaric tipped missles 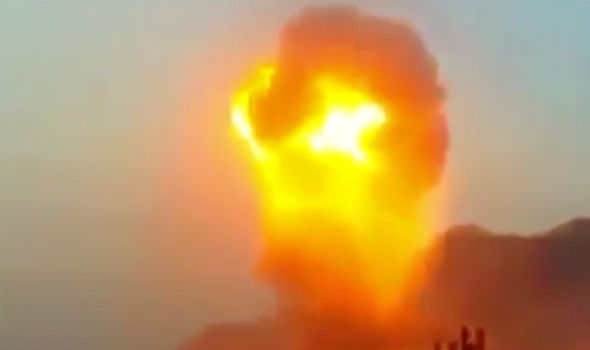 He continued to say there had been reports of the bombs creating “fireballs of such intensity that light up the pitch darkness in Aleppo as if it were daylight”.

His intervention prompted fresh recriminations between Russia and the United States with US ambassador Samantha Power accusing Moscow of “barbarism”.

She urged security council members to “have the courage to say who is responsible for this and in a single voice tell Russia to stop”.

Foreign Security Boris Johnson has also joined the list of critics against Russia’s actions in Syria.

Mr Johnson has suggested Russia may have committed a war crime if it was behind an attack on an aid convoy near Aleppo.

He told the BBC’s Andrew Marr Show that it was right to ask whether Russian forces has deliberately targeted civilians when eighteen lorries and a warehouse were destroyed killing 20 people last Monday.

Russia denied responsibility, blaming rebel shelling or a US drone.

The Foreign Security said that Mr Putin was “not only…handing [Bashar] Assad the revolver, he is in some instances actually firing the revolver himself”.

He added: “We should be looking at whether or not that targeting is done in the knowledge that those are wholly innocent civilian targets. That is a war crime.”

Russian Ambassador Vitaly Churkin rebuked any accusation and insisted that air strikes were aimed at “terrorists” who were holding 200,000 people prisoner in the city.

He continued: “They are trying to use women and children as a human shield.”

At least 56 civilians killed in ‘US-led strikes’ on Manbij

Be the first to comment at "Is Putin starting a nuclear war?"