Some guys have all the luck. Even fewer get to tick off half their bucket list in nine days in the Middle East. Twenty-five year-old Pepper Yandell did. When the Texas-based photographer went to the Gulf recently to take pictures of exotic cars and experience the unique lifestyle, little did he know that he would soon be ushered inside a world of wealth, influence and privilege and participate in the Omanya, a supercar rally like no other.

That experience would allow him to cross off a large portion of his bucket list, most of which can be seen in this video here.

Targeting drivers whose only qualifications are that they own a supercar and can find six days to participate, the relatively new rally routinely attracts some 50 entrants from across the Middle East. Now what raises eyebrows is that some of the drivers are members of royal families from the region, including princes and sheiks. And as Pepper tells me: “Such patronage comes with its perks.” 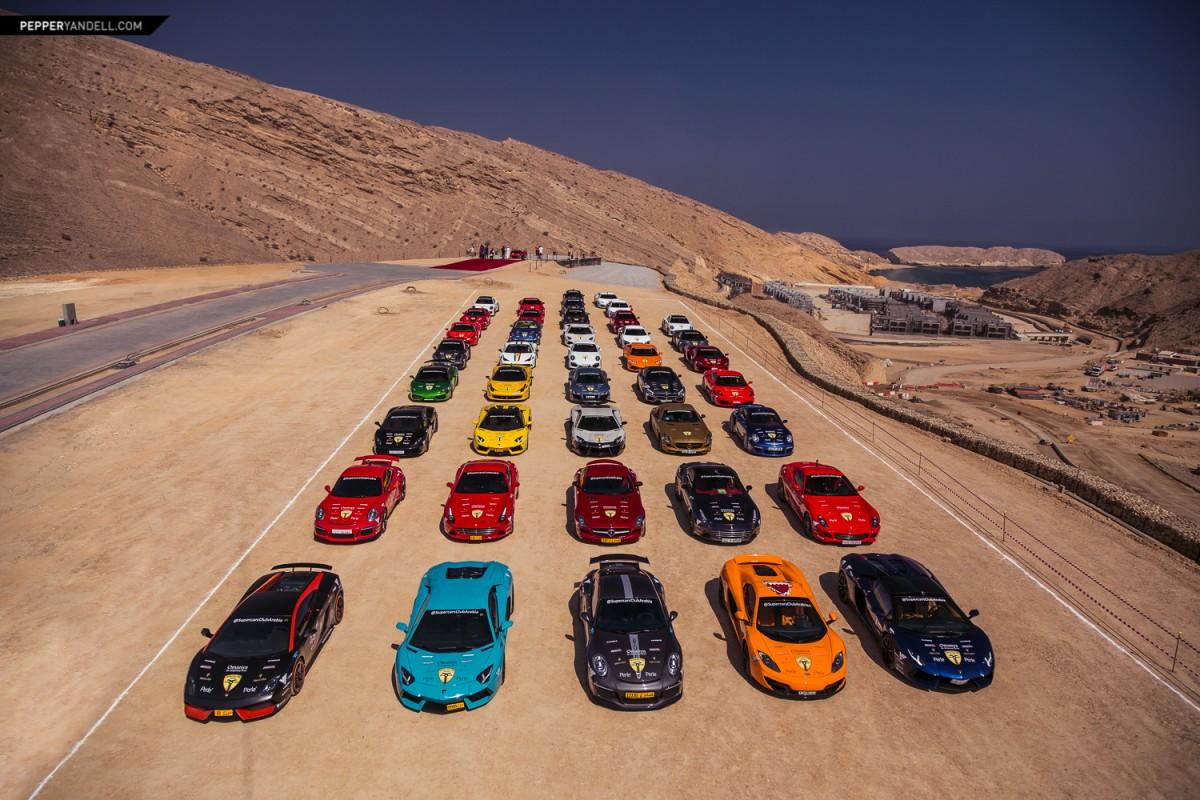 Forty-one of the fifty entrants in the Omanya Rally queue up on the start line just outside Muscat in Oman. Photo courtesy of Pepper Yandell.

Starting in Muscat, Oman, the Omanya is organized by the Supercars Club of Arabia and travels through Sur and Nizwa in Oman before heading towards the border with United Arab Emirates where the legendary Jebel Hafeet mountain highway rises to the sky, a road that was called the greatest driving road in the world by America’s influential car website Edmunds.com. From there, the rally heads for a maximum speed blast around the Yas Marina F1 circuit in Abu Dhabi before finishing at the One & Only Palm Dubai resort.

“I originally went to Bahrain to shoot some cars for a friend Mohammed, who liked the images he’d seen on my Instagram page. I’d argue he has the best collection of supercars in the Middle East! He has more than 100 exotic cars like the McLaren F1, Ferrari Enzo, Lamborghini Reventon and a LaFerrari,” says Pepper. 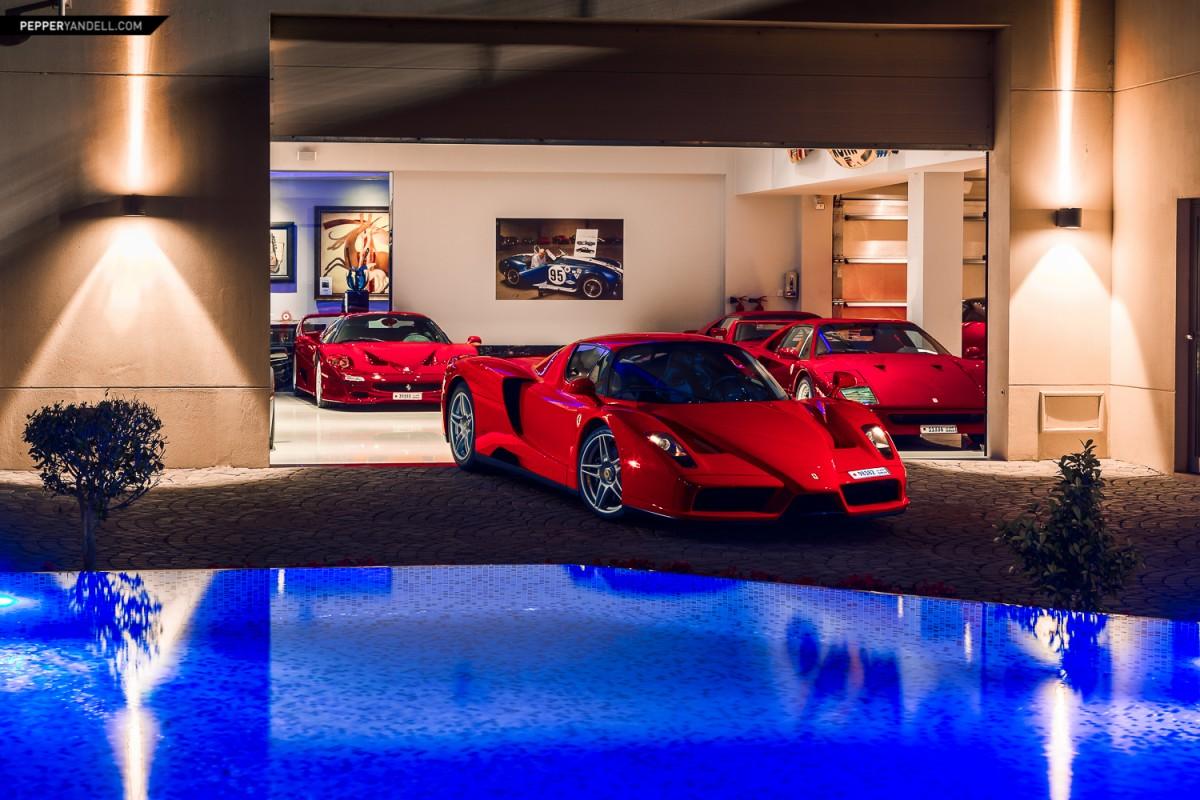 Just before Yandell embarked on the rally, he shot his friend Mohammed’s Bahrain-based collection of Ferraris which includes an Enzo, an F40 and an F50. Photo by Pepper Yandell.

For those car guys out there who think they’ve seen his name before, you probably have. Pepper was the lad who so artfully created that hugely popular – over 230,000 YouTube views – behind-the-scenes video of a flame-breathing Ferrari F40 for well-known TV show Gas Monkey Garage or Fast N’ Loud on Discovery Channel.

As he was wrapping up his two-day shoot in Bahrain, he fortuitously heard about an exclusive rally that was just about to start in Oman. Having heard of a young 25-year-old American photographer with a unique style, who just happened to be in the Middle East shooting cars, several Omanya rallyists put an offer on the table that Pepper could not refuse.

A Quick Guide to Dubai’s Markets