When 10-year-old Rahaf Alewi remembers Syria, she does not think about the bombs that drove her family from their Aleppo home.

She pictures their sunny village in the countryside, where figs and olives spilled off the trees. She remembers gazing up at an azure sky as she and her cousins strolled along the country paths, gathering fresh fruits and vegetables.

Today, Alewi is one of nearly three million Syrian refugees living in Turkey. Her family fled to Gaziantep about a year ago, after fighters with the Islamic State of Iraq and the Levant (ISIL, also known as ISIS) stormed their village, where they had initially found shelter from the bombarded city.

“It’s fine here, but it’s not home,” Alewi tells Al Jazeera from the bright courtyard of Gaziantep’s Rainbow Centre, a grassroots organisation offering an alternative to schooling for dozens of Syrian children in the border city. “Nowhere is Syria.” 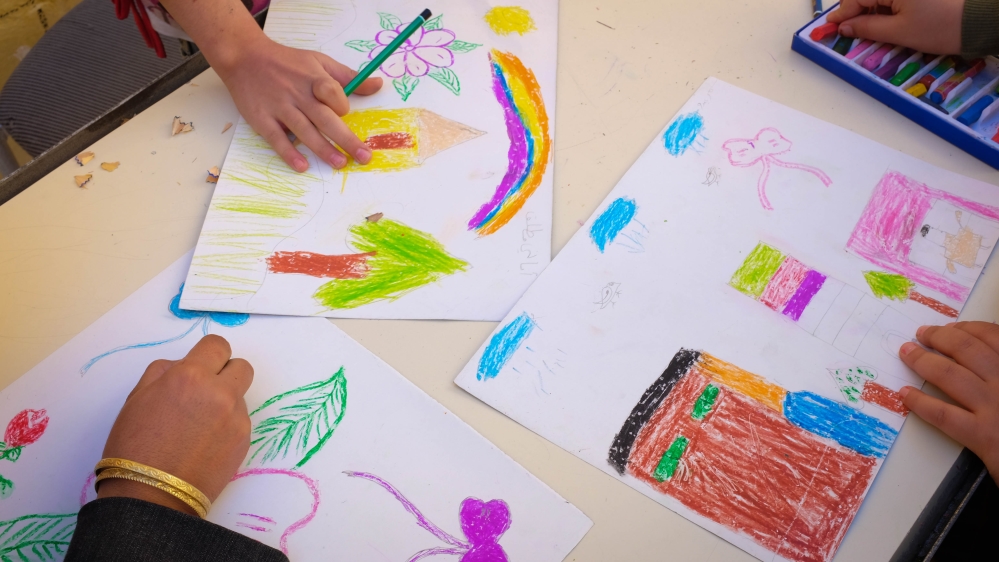 Millions of displaced Syrian children have been forced to quit school amid a protracted civil war that has left the country in ruins. In Turkey, which has grappled with a massive refugee influx over the past five years, more than half of Syrian refugee children are not receiving a formal education, according to Human Rights Watch.

Finding few alternatives, many of these children have taken jobs in factories or turned to the streets, selling tissues or gum to earn a meagre income. To Salim Abdul Ghani, who manages the volunteer-run Rainbow Centre, this is an unacceptable status quo.

“The image of Syrian children in the streets, collecting garbage – it isn’t correct. It reflects a wrong picture,” Ghani told Al Jazeera. “Before the war, they were all in school; they were normal kids, just like all the other kids in the world.

Launched just over a year ago, the Rainbow Centre celebrated another milestone this month, moving into a bigger facility composed of an activity room and an adjoining courtyard. Demand continues to grow, with more than 60 children now in the programme and 21 volunteers, Ghani said.

Focusing mostly on drawing, theatre and music, the centre also offers language training in Arabic and English. Each new child is evaluated by a psychologist to determine his or her mental state, with further support made available to those who need it.

“With the trauma of war, all of them were affected somehow, and being away from home and out of Syria is very difficult for them. There is a different language here, a different culture,” Ghani said, noting that some children are extremely aggressive when they first arrive, while others exhibit symptoms such as stuttering or bed-wetting.

“It takes a long time to work with them, to help them get through this,” he said. 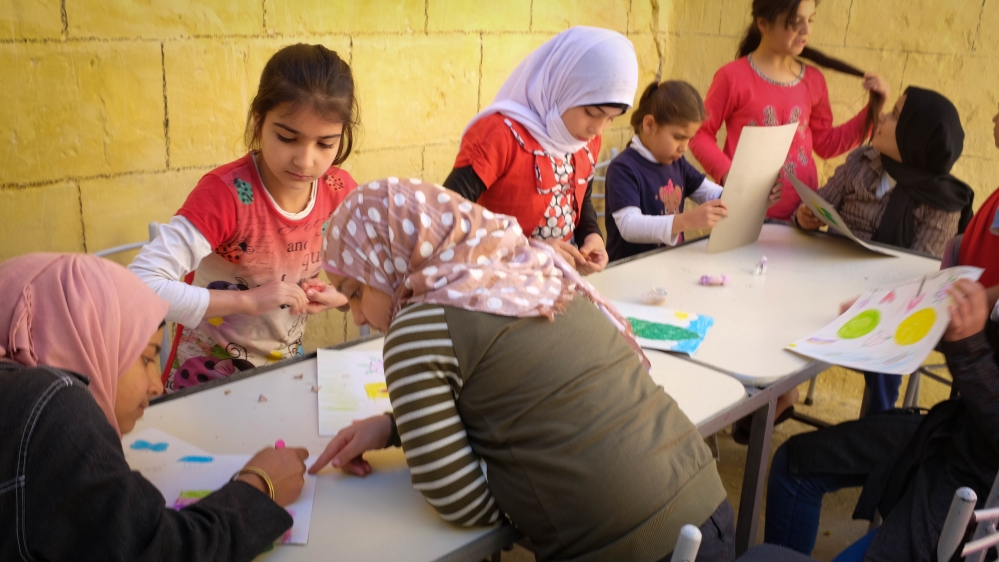 After separately fleeing Aleppo, Fatma Timbi, 12, and Isra al-Shihan, 11, both began working at a clothing factory in Gaziantep. Timbi still has vivid memories of what her family left behind.

“Once we were sitting at home and the warplane was bombing the neighbourhood,” she told Al Jazeera. “All the doors, all the windows, all the storefronts shattered … The building behind our house, all five floors were flattened to the ground.”

At the clothing factory, Timbi and Shihan worked more than 10 hours a day, packing T-shirts and pants into bags for just 75 Turkish liras ($25) a week. The Rainbow Centre has given them an alternative and something to look forward to, Shihan said: “I come here every day. I love drawing.”

These types of “safe spaces” are vital for children traumatised by war, said Rand Sukhaita, Turkey country director for the Basmeh and Zeitooneh relief and development organisation. She has personally seen the positive benefits of art and drama therapy, with children eventually opening up and learning to trust each other, she told Al Jazeera.

“This kind of programme is important, but it’s not enough,” Sukhaita said. “We need to advocate for educational rights, to ensure more children can go to school. We need to work at many levels to help boost the economy.” 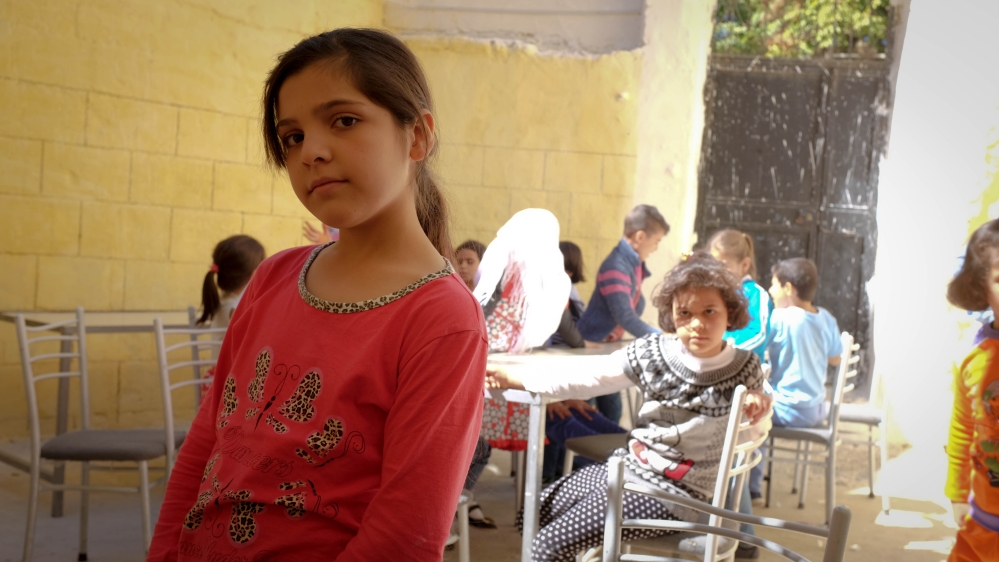 Back at the Rainbow Centre, Alewi shows off a pastel sketch of her village in Aleppo, featuring lush green trees and the bluest of blue skies. The drawing emanates tranquility – a sense of calm that continues to define the Syria of Alewi’s dreams.

As Ghani, who himself fled war-torn Aleppo three years ago for Gaziantep, watches the children play, a smile warms his eyes.

Like Sukhaita, he has seen the changes that just a few months can bring. One boy who arrived fresh from ISIL-held territory earlier this year initially refused to speak, sitting alone and silent in the yellow-brick courtyard. Seven months later, he laughs and jokes easily with the other children.

Ghani acknowledges that the centre could do more if it received external funding, but in the meantime, the volunteers are happy to keep going with what they have.

“Even if we never have more than this one room,” he says, “we will keep doing it … If the children couldn’t come here, they would go back to the streets.”

USA: Russia wants to “save face” in Syria

Be the first to comment at "If we lose this generation, we lose Syria"