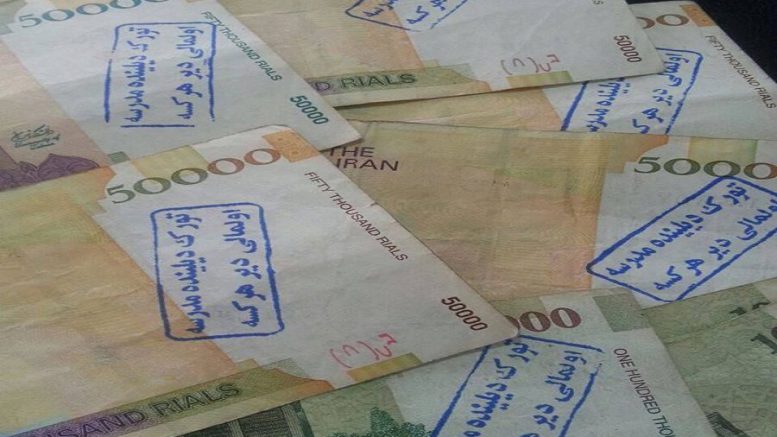 South Azerbaijani activists in Iran, given the approach of the new school year, launched a campaign with the demands of the establishment of schools for Azerbaijani children, which will offer education in the native Azerbaijani language.

They chose a very original method for their campaign; activists have begun to put labels on the Iranian banknotes. The banknotes are stamped with the main demand of the activists: “We demand schools in the Turkic language”. Thus, on these bills, this slogan is being circulated nationwide.

Also, writings demanding education in the Azerbaijani language appeared on the gates of some schools in South Azerbaijan (North provinces of Iran).

Recall that, in spite of the fact that there are more than 30 million Azerbaijanis living in Iran, the Iranian regime ignores the basic rights of Azerbaijanis, as well as of other nationalities like the Kurds or Arabs.

The sectarian and reactionary regime policy has been criticized by the international community, including the influential international human rights organizations.

What the latest Iran vote tells us