Angelina Jolie’s humanitarian work in the Middle East on top of ambitions to rise in the ranks of the United Nations drove a wedge between her and husband Brad Pitt, sources close to the couple told TMZ.

Pitt apparently became particularly upset at Jolie’s efforts to involve their children in her work, not wanting her to take them to “war-torn” countries. In June of last year, Jolie took the couple’s 9-year-old daughter Shiloh to visit a Syrian refugee camp in Lebanon.

The sources also told TMZ that Jolie aims to one day take the reins of the UN and these “political ambitions” upset Pitt.

Jolie said her daughter had wanted to come with her mother on these kind of trips for some time, especially to meet a particular Syrian girl named Hala.

“Shiloh is very aware that I hold refugee families in high regard and has been asking to come on missions and meet them for many years,” Jolie told PEOPLE. “She had heard about Hala since my last visit to Lebanon, and has been wanting to meet her and her brothers and sisters.” 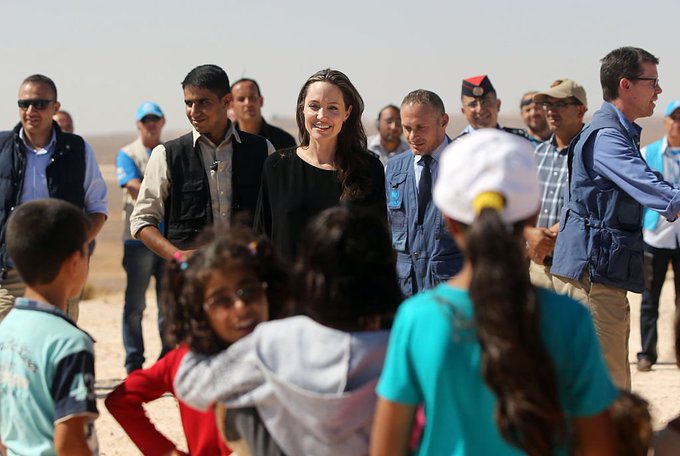 More recently, Jolie has been wanting to take her children to help with humanitarian work in Syria, which Pitt adamantly opposed, according to the report by TMZ.

Jolie serves as a goodwill ambassador for the UN and has made numerous trips to refugee camps in Lebanon and Jordan since the Syrian conflict began.

My Grandfather: Scapegoat for a Century of Middle East Madness

UAE and two honorary martyr pilots of the family