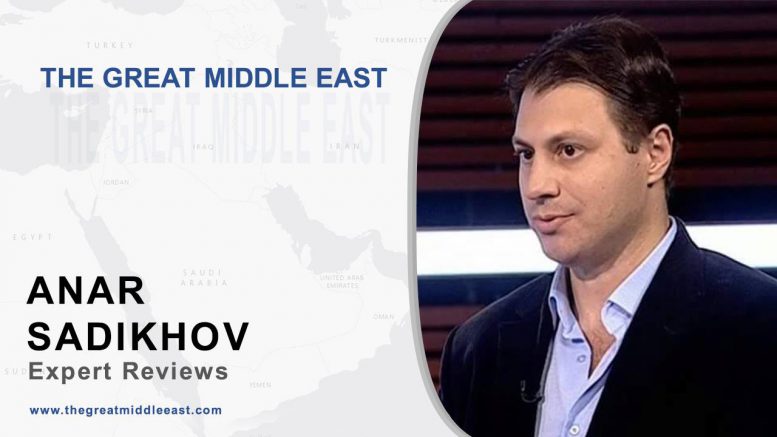 In recent times the media and the expert community quite consistently discusses the issue of potential new alliance between Turkey, Iran, Azerbaijan and Russia. With a request to comment on this issue we have turned to the Russian political scientist, Candidate of Historical Sciences, an expert on the Caucasus and the Middle East Anar Sadikhov.

What do you think, to what extent are these assumptions justified? And can these countries at all be part of one union?

Russia and Iran are strategic partners, in both the economic and military spheres, and in fact are allies in the Syrian campaign, actively cooperating on the battlefield!

Azerbaijan has good neighborly relations with both countries, developing economic cooperation, the apotheosis of which was a meeting in Baku on August 8, between Presidents of the three countries, which led to the signing of documents on the development of infrastructure for the purpose of transportation of passengers and cargo via the international transport corridor “North-South”, which will enable the delivery of goods from the Indian city of Mumbai through Bandar Abbas port of Iran and then by railroad to northern Europe in just 14 days, which is two times faster than through the Suez Canal in Egypt, and much cheaper! Moreover, the parties expressed the need for a comprehensive development of cooperation in the fields of culture, tourism and business, as well as deepening and broadening the political dialogue at various levels across the entire spectrum of issues of mutual interest!

Turkey has brotherly relations with Azerbaijan and the partnership with Iran, as implied by Erdogan’s scheduled visit to Tehran and the signing of several agreements in the energy sector, in particular, the increase in volumes of gas purchased by Ankara and consideration of the possibility of transporting Iranian gas by transit via Turkey to Europe! Moreover, both countries have the same understanding of the Kurdish issue and unwillingness to provide the latter with an autonomous entity in Syria, let alone the possibility of creating an independent state!

A key element in building this quartet is the restoration of relations between Moscow and Ankara, which took place on August 9 in St. Petersburg at the meeting of Vladimir Putin and Recep Tayyip Erdogan! The parties agreed to remove all restrictions in mutual trade, resume the previously planned projects (“Turkish Stream” pipeline, construction of NPP in Turkey) and cooperation in the settlement of the Syrian conflict! Thus, there are no insurmountable problems left in interaction between the four countries, which allows cooperating constructively in the economic, logistic areas, developing energy projects, as well as in the military sphere, since Russia is the largest seller of arms to Iran and Azerbaijan, and the intent to cooperate with Turkey in this field is indicated, bringing the countries together even more!

The potential union seems to be balanced and self-sufficient, that allows conducting an independent policy and becoming one of the centers of power, influencing the core processes in the Eurasian space!

Saudi Arabia Has No Idea How to Deal With Iran

Be the first to comment at "Anar Sadikhov: The potential union seems to be balanced and self-sufficient"