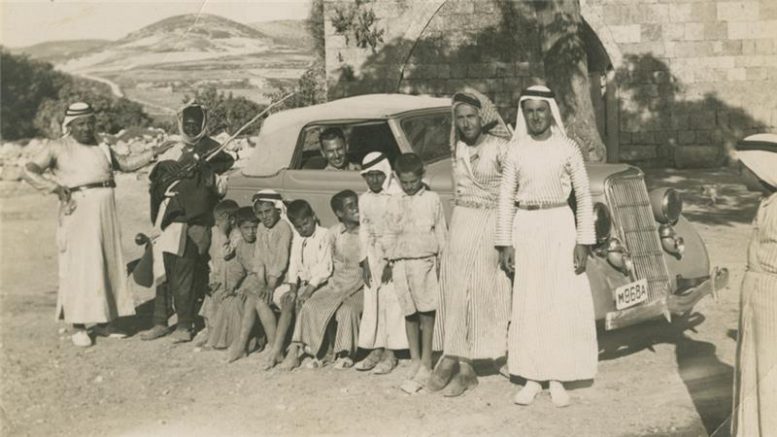 After years of delay, new museum in the West Bank opens with a goal to ‘speak on an international level’.

Perched  on top of a sleepy hillside near Birzeit, the new Palestinian Museum buzzed with frenetic energy on a recent afternoon.

Inside the white limestone walls, workers on ladders scrape at ceiling vents, while a dance troupe rehearsed an interpretive piece, aiming for perfection in advance of the museum’s opening ceremonies on Wednesday May 18.

Outside on the terrace, overlooking the gentle green hills of the occupied West Bank, the museum’s task force chairman, Omar al-Qattan, pointed past the outdoor amphitheatre to the sloping, terraced gardens below.

“They tell their own story – a horticultural history of the country,” he said. “The idea is that you proceed from nature to culture.”

While the museum officially opens its doors this month, its vast exhibition space will remain empty, as the inaugural exhibition – which has not yet been selected – is not expected to be in place until the autumn. In the meantime, visitors are welcome to view the gardens, and museum staff will soon start moving in.

The delayed exhibition opening follows a period of upheaval on the museum board. Its former director, Jack Persekian, resigned last December for reasons that he did not disclose publicly. He was replaced by Mahmoud Hawari, a former curator at the British Museum in London and an expert on Islamic artwork.

An exhibition called Never Part – which would have explored Palestinians’ most treasured objects – was previously planned by Persekian for the museum’s inauguration, but it was cancelled in March, and no replacement exhibit has been announced.

In the meantime, the museum hopes to start building its collection of physical objects representing Palestinian culture and history – a task that will take years.

Alongside the physical building in Birzeit, the museum has built an extensive digital audiovisual archive called the Family Album project, which contains more than 10,000 photographs from Palestinian families in the country and throughout the diaspora.

Along with written and audio testimonies, the photographs capture family customs, traditions and culture. The archive is due to be launched via an online portal later this summer, with some elements on display in a physical format in the museum.

“[The digital archive] was a response to the inability of a lot of Palestinians to come to the building – the inability of Palestinians even within the country to come here. But of course also from outside, the refugees, their descendants and people in the West,” Qattan said. “It also reflected a desire, maybe unconscious, to have a transnational museum that is not limited to the country, but can speak on an international level.”

In a further attempt to reach Palestinians living abroad, the museum plans to commission satellite exhibitions in other countries. The first of these, At the Seams, opens in Beirut on May 25, and will explore the history of Palestinian embroidery.

“It’s unusual not to have the first exhibition at the museum itself, but in a way it is also fitting,” said Rachel Dedman, an independent curator who will present At the Seams. “The aim from the beginning has been for the museum to connect with Palestinians in the diaspora, with communities across the region and with a global audience.”

Dedman spent two years working on the exhibition, travelling across the region to interview Palestinian families and commissioning a related film. The exhibit will explore how key political moments in the history of Palestine shaped fashion in the 20th century.

“The ways in which the embroidered dress was homogenised and transformed in refugee camps in the 1950s was a result of women from different villages of Palestine – which each had geographically-specific motifs and styles – all mixing in one place: the camp,” Dedman told Al Jazeera.

Initially conceived in the late 1990s by Taawon, an independent Palestinian NGO that works to preserve Palestinian heritage, the museum project has come in at a cost of about $28m, mostly raised from private Palestinian donors, Qattan said.

A committee formed by Taawon initially planned to build a museum dedicated solely to the memory of the Nakba, but as the project progressed over the years, a younger generation of committee members pushed to expand the museum’s scope to explore more contemporary themes as well. This blended vision will be reflected in the new museum, staff told Al Jazeera.

Salim Tamari, a senior fellow at the Institute for Palestine Studies, said the museum was a welcome addition to the West Bank landscape, noting that many existing Palestinian museums are highly localised and even amateurish.

“We do have a number of art galleries, but a museum presumably would have more about material culture or maybe archaeology that smaller museums do not have,” Tamari told Al Jazeera, noting he hopes that the museum will ultimately showcase archaeological artefacts from throughout historic Palestine.

Who will brief Prince William on Jerusalem’s history, geography? Not Israel

Saudi to pay for 1,000 Palestinians to go on Hajj