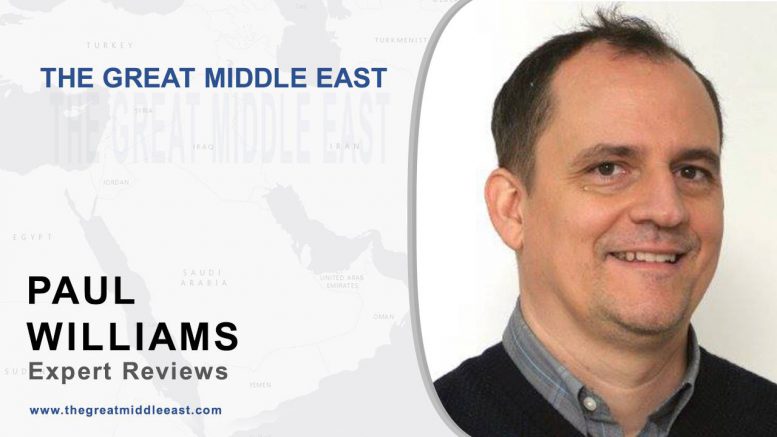 In the last 30-40 years the Gulf region has been the world leader in the supply of energy. But now we are seeing gas supplies from the US to the Middle East. We dare to suggest that in the future the United States will only increase these supplies. With a request to comment on this issue, we turned to the Paul Williams, Energy & International Affairs Specialist from  Washington DC.

In your opinion, what does it lead to? Does the US want to swap roles with exporters from the Middle East? Or is it an integral part of a more global plan?

With an American-made revolution in the use of hydraulic fracturing (“fracking”) to command increased volumes of oil and gas from shale formations, US oil and gas output reached record highs in 2015, reducing America’s net oil imports to their lowest levels since 1985 and putting downward price-induced pressures on American gas producers to expand abroad. The US had been sending liquefied natural gas (LNG) from Alaska to Japan (and now also to Taiwan) for nearly 40 years, but the recent opening in Louisiana of Cheniere Energy’s Sabine Pass (with a reported 31-billion cubic meter capacity) has allowed new gas to travel elsewhere as well, including Kuwait and the United Arab Emirates (UAE).

US LNG exports to the Middle East might seem odd at first glance. The fact that exports from conflict-wracked Yemen dropped by three quarters in 2015 may explain some of the near doubling of regional demand for imported LNG. Yet, the Middle East as a whole still has 40% of the world’s proved reserves and Qatar exports the world’s single largest quantities of LNG and smaller amounts via pipeline to neighboring Oman and the UAE. Still, Middle East economies at home are truly gas-driven, with subsidies or depressed market prices (which hit lows in early 2016 not seen since August 1998) allowing electricity producers to keep using nearly 65% of gas. Moreover, with urban populations getting richer and seeking cleaner fuels, gas consumption is set to double over the next quarter century.

As such, via LNG exports, local American gas producers have found more lucrative outlets in the emerging markets. But major energy powers like Russia have also entered the LNG game in a big way, responding to the “pull” of the Asian market and the “push” of EU supply diversification—some but not all of it policy driven—away from Russian gas. More LNG is making the gas market more global like oil and thus prone to similar gluts and market competition. Although it might be tempting to see oversupply of gas via LNG exports as an integral part of some larger US plan to keep countries like Russia (and, despite improved relations, possibly Iran) down along with household energy bills, this threatens to knock smaller US producers out of the game, making it a seller’s market. For now, US LNG exports to the Middle East seem to reflect a fortuitous, albeit unusual, source of foreign relief for surplus gas.

If the U.S. Reimposes Sanctions on Iran, Allies Will Follow

1 комментарий on "Paul Williams: How to see new exports of US natural gas to the Middle East"