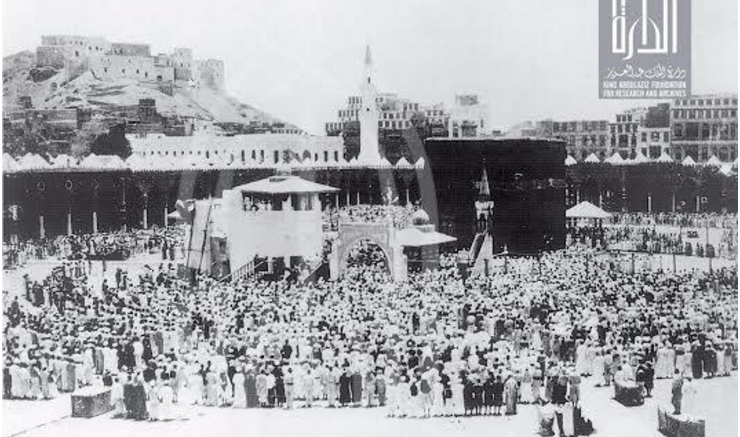 A Saudi newspaper on Wednesday published what it said was a picture of Makkah nearly 131 years ago. The picture in ‘Ajel’ Arabic language daily showed thousands of Muslims praying at the Grand Mosque – the world’s largest mosque.

‘Ajel’ said the picture was taken in 1885 and it was released this week by the Department of King Abdul Aziz, the founder of Saudi Arabia. The paper also published a picture showing Makkah in the present time.