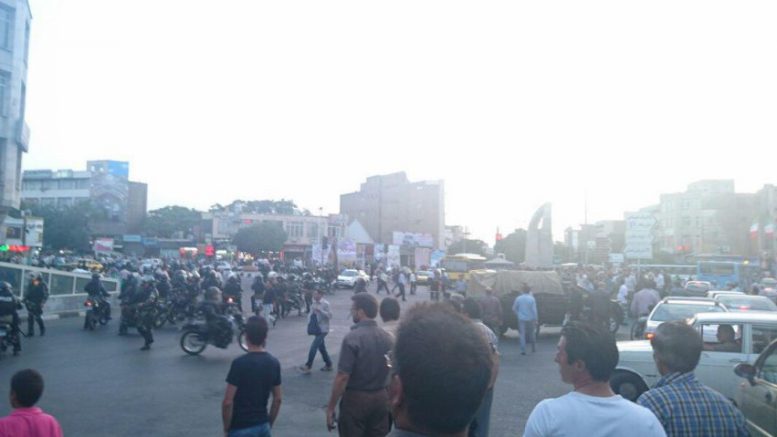 Large scale protest actions are taking place in the Iranian cities of Urmia and Tabriz.  The reason for discontent of Azerbaijanis became a provocative and insulting article in one of the Farsi newspapers Tərh-i No.

In particular, in one of its issues the newspaper quoted Ferdowsi’s “Shahnameh”, where the protagonist allegedly insults Turks.

The director of the newspaper, an ethnic Azeri Amir Alizadeh has apologized to Azerbaijanis for the provocative publication, calling it a mistake. However, the author of the article Suleiman Afshar Tikabi refused to apologize, saying that Azerbaijanis are not considered Turks.

“I wrote this article in order for Azerbaijanis from East and West Azerbaijan, and Ardebil to know that we are against pan-Turkism. Azerbaijanis have nothing to do with hereditary Turks and Turanians”, – said Afshar Tikabi, explaining his actions to the representatives of the Iranian secret services.

However, as reported by Iranian media, this publication has caused mass discontent and insulted Azerbaijanis took to the streets to protest. Additional police forces are deployed in Urmia and Tabriz. There are reports of numerous arrests.

Ilham Aliyev on the new stage of space industry in Azerbaijan

Iran: Trump’s Gift to the Hard-liners

Be the first to comment at "South Azerbaijan rebels against racism – PHOTO, VIDEO"