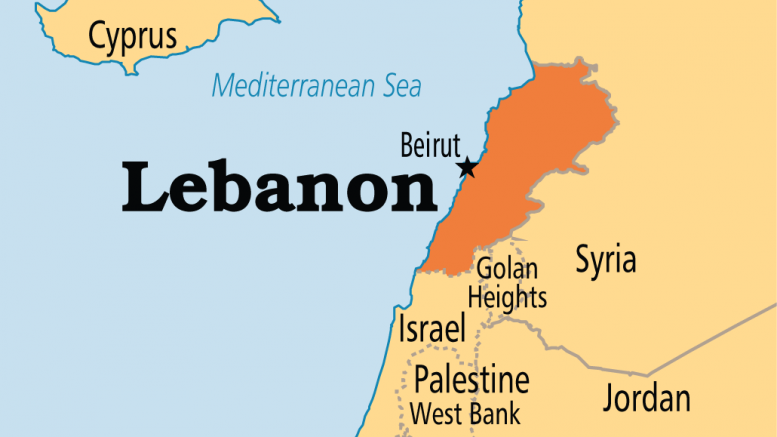 Lebanon has been experiencing several challenges over the last few years. To begin with, the country, known as The Cedar Republic, has been without a president since May 2014 due to political gridlock in parliament; electricity cuts are a daily feature of life in the country; corruption is rampant; and as many as 1.5 million refugees, mainly from Syria, have burdened the already strained budget; militants from Syria and their sympathisers in Lebanon further threaten a country that has long been marred by sectarianism. In addition, the more recent “garbage crisis” and the ensuing You Stink campaign has further exacerbated public resentment towards central authorities. But what is hardly mentioned in most of the commentary on Lebanon in the recent past, has been its function as a drug trafficking country.

There is a long history of Lebanon being a key player in the illicit drug trade. The country’s fragile political system and crossroads geography, its access to ports (legal and illegal), the fertile land in the Bekka Valley, its thriving banking sector, and the large diaspora community, as well as the failure of local eradication programmes, have all facilitated in the country becoming a major hashish and opium producing and transit country. As Jonathan V. Marshall, the author of The Lebanese Connection: Corruption, Civil War and the International Drug Traffic, claims, the trade in illicit drugs permeated Lebanon’s economy since the 1960s, having involved its politicians, its financial elite and farmers.

Drawing on US Drug Enforcement Agency sources, Marshall even stipulates that although Lebanon’s vibrant drug trade did not necessarily cause the Civil War, it however clearly prolonged it by financing arms flows and thus unnecessarily extending the bloodshed through helping underwrite rival parties, protection rackets and private militias.

In the last few years “captagon”, an amphetamine based stimulant, has emerged as the drug of choice in Lebanon and the region. Since the beginning of the Civil War in Syria, this powerful and illegal drug has been the most seized drug in the officially recorded drug heists by Lebanese customs officials. Captagon is said to increase energy levels, lead to euphoria, lower inhibitions and ultimately increase combat courage, but it is also highly addictive and when taken on a regular basis can lead to brain damage. While for the first years of the war in Syria, Lebanon primarily served as a gateway and transit route for the drug trade, there is increasing evidence that it has now become a captagon production hub. This home-grown drug is being driven by organised gangs who can easily produce this fairly inexpensive and highly profitable drug in mobile vehicles and hidden production facilities in Lebanon while shipping it in concealed tissue boxes and shampoo bottles across the porous border with Syria and beyond. While customs and drug enforcement officials in Lebanon have been successful in uncovering several facilities and seizing a huge amount of captagon, it is still a drop in the bucket. In 2014, 25.4 million tablets were seized, which, according to most experts, is only a fraction of what actually makes it through custom checks, due to the sheer volume in containers and humanly possible manual inspections that can be conducted.

Anecdotal evidence suggests that captagon is increasingly being used by foot soldiers on both sides of the Syrian war where regime soldiers and Daesh (the self-proclaimed Islamic State of Iraq and the Levant) fighters are said to be consuming it in order to eliminate fatigue and incite fear among the enemy ranks. Here too some security experts believe that captagon is fuelling the conflict in Syria while there are allegations that certain parties to the conflict, for example Hezbollah, are involved in the production and sale of captagon as a fund-raising strategy since all the transactions and cash flows are conducted through informal channels and not through the traditional banking system.

There is also a danger of captagon posing a threat to the GCC as it has become a popular recreational drug in several Gulf countries. It is especially popular among young and affluent segments of society but is also regularly consumed by the less wealthy.

Many analysts would agree that Lebanon’s drug production and trade may not be on the same scale as Afghanistan, where various warlords benefit from the drug trade and finance the civil war. While one could argue that certain elements of the state in Lebanon engage in corrupt practices, it is questionable whether the country deserves being labelled a narco-state. Regardless of deserving a narco-state label or not, Lebanon’s production and export of illicit drugs, and the region’s use of the dangerous captagon pill cannot lead to anything good.

How safe is your holiday? Popular destinations including Turkey, Egypt and France examined as ISIS threaten UK ships

Saudi Arabia Is At Risk Of Losing Another Key Advantage

Be the first to comment at "Is Lebanon a Narco-State?"