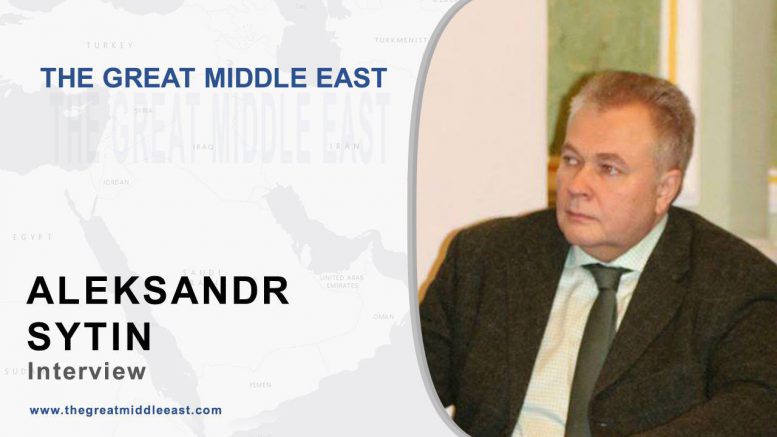 Here is the interview with the head of the “North & Eastern Europe Research Political Center” Aleksandr Sytin.

After the incident with the Su-24, the Russian authorities have banned the local travel agencies to sell tours to Turkey. Rostourism said that the ban was motivated by “the presence of security threats to Russian tourists”.  However, the ban was lifted after Erdogan’s letter. Lifting of the ban coincided with a terrible terrorist attack at the Istanbul airport. Do you think that there was a threat to Russian tourists in Turkey? And if there was, is it gone now or there were other reasons for the ban?

I think that concern for the safety of Russian citizens was the last reason for the ban on organized tours to Turkey. First of all, the Russian leadership has sought to “punish” Turkey and prove that any opposition to Russia will be detrimental to its economy – tourism – its most important industry and on the political position: Russia has made a number of steps to support the Kurds. From the point of view of the Russian leadership Erdogan’s apology is enough. Domestically, it led to another consolidation under the slogan “From the taiga to the British seas V. Putin is the strongest of all” and “we will never forget, nor forgive the death of Russian hero”. The main purpose of Russia was and is a reorientation of tourist flows from Turkey to Sochi and the Crimea, where no one really wants to go – it’s expensive and uncomfortable. Indeed, despite the broadcasted lifting of the ban, charter flights to Turkey were never really renewed. Travel agencies have just started to work. And then there was the attempt of a military coup. It’s hard to say for sure whether rise of forces alternative to Erdogan to power in Turkey is in the interests of Russia, but it is clear that propaganda uses this occasion for a broad campaign for the same Crimea and the Krasnodar region.

Recently Russian Mi-25 was shot down in Syria. According to Russian media reports, it was shot down using ATGM TOW of American manufacturing. Essentially this means the beginning of a new phase of confrontation in Syria since the militants possess such arms. According to your forecast, what will be the further actions of Moscow in Syria?

The fact that the Syrian opposition will eventually have anti-aircraft weapons was absolutely inevitable. It is strange that it came so late. The fact that the MANPADS are American-made does not exactly mean anything. Delivery could be made by anyone from Saudi Arabia to Pakistan. Arranging delivery through front companies, I think, is not a problem for anyone. I do not think that Syria or Russia will act less decisively. The loss is not a political determinant for either of the regimes.  From the beginning, I was convinced that the Syrian conflict for Russia will develop according to the Afghan scenario – in the sense that it will be long, expensive and require significant human casualties. Russia invaded Syria to preserve Assad’s regime, which, in fact, became a puppet in relation to Moscow. There has been an imperial component – the restoration of the geopolitical position in the region, which was held by the Soviet Union, and the call for retaining was made by Putin’s mentor and teacher – Primakov.  Among the motives there was a component of the growth of oil prices, but this factor did not work. Finally, Russia will further continue its pressure on Europe, forcing it to the anti-terrorism cooperation and threatening with destabilization and increase in the number of terrorist attacks, that actually was demonstrated by the tragedy in Nice.  So the war in the Middle East involving Russia will continue.

How do you think, what will be the future of relations between Iran and Russia in the context of Tehran’s slow drift towards the US?

I think Iran will manipulate Russia as long as it is in their best interest. It may even join the SCO. The main objective of the foreign policy of Iran is to overcome the consequences of years of sanctions. To do this, they first of all will have to work on relations with the Gulf countries and Turkey. Russia is just one of the links – far from being the most important for Iranian politics. They are united by anti-Israeli component and support for Assad. It’s not enough for long-term strategic cooperation. In the long run I think the task of economic development and gradual rapprochement with the West will come into conflict with the current religious-ideological component of Iran’s policy and then we have a chance to witness major changes already inside Iran. All that happens so far objectively strengthens the position of the Iranian opposition, but we are still at the beginning of this path.

Russian airstrike shatters a hospital, and a Syrian family’s future

Russia is using a video game to ‘prove’ the U.S. is letting ISIS flee Syria

Be the first to comment at "Aleksandr Sytin: The war in the Middle East involving Russia will continue"