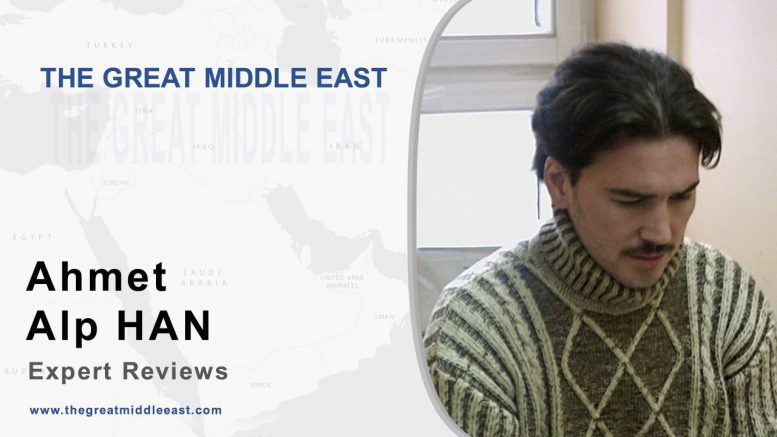 Relations between Turkey and Israel have been spoiled after the incident with the “Mavi Marmara”. Recently, however, we can observe a significant normalization of bilateral relations between Israel and Turkey. We asked Ahmet Alp HAN, Turkish analyst from US, to comment on the process of normalization.

Two deep rooted countries Israel and Turkey are on the verge of reviving their weak ties nowadays after years of shadowy relationship.

From Turkey Turkish undersecretary to the foreign ministry Mr Sinirlioglu  and Mr Ciechanover, who is from Israel at the UN Gaza Flotilla  investigation, met in Rome to discuss the reconciliation deal.

As known Israeli navy killed cruelly 10 innocent  Turkish activists and foreigner activities especially from European countries as an aid flotilla sought to break the blockade on the Gaza Strip.

After Davos dispute  between Erdogan and Israeli President Simon Peres in a panel discussion on 29 January 2009, this terrible international flotilla crisis has destroyed the weak relationship between the two countries’ people and governments since then.

In 2013, Netanyahu expressed regret (but not an “apology”) over the Turkish flotilla incident.

Despite its voters who really don’t like Jews Israeli government because of its cruel manner on Palestine, AKP’s government has recently increased diplomatic ties with Israel, for example a lifting of its veto on cooperation between NATO and Israel and sending senior officials from the Foreign Ministry to join the annual Independence Day reception at the Israeli Embassy.

As a NATO member,  Turkey has often blocked many activities advancing Israel-NATO relations since the year of 2010. As it has been an active partner of NATO for many years, Turkish opposition stopped closer ties between Israel and NATO. Since the thawing of Israel-Turkey relations, Israel’s ties to NATO have been improved. Actually the “thaw” between Turkey and Israel is an important for not only Israel – but also NATO itself.

Not Turkey but Israel’s role in the Mediterranean Dialogue with NATO has also previously allowed it to hold security contacts with some countries with which it does not have formal bilateral relations. Therefore, the improved relations will work to strengthen these secret ties.

Israeli government is hoped to share intelligence and offer expertise on cybersecurity within NATO. The closer ties with NATO will also streamline Israeli input through the NATO command structure – something that Israeli diplomats have posited requires Turkey and Israel to finish their compromise deal.

Let me sum up the issue for you. Reconciliation meetings between Turkey-Israel relations can be seen as a big victory by some sides. Yes, apparently this is a success story. Turkey serves the desires of Israel intentionally or unintentionally. I mean that this is the success story of regional and global powers, but not Turkey’s government.

Turkey-Europe locked in war of words as EU summit opens

2 Comments on "Ahmet Alp HAN:Peace Between Israel And Turkey – It’s A Success Story But Whose"