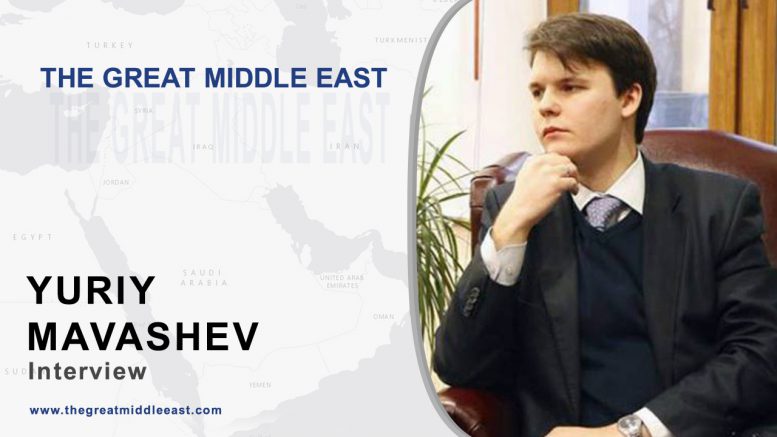 Here is an interview on Russian-Turkish relations, with the orientalist-turkologist, expert of Caucasian Geopolitical Club Yuriy Mavashev.

Turkish President sent a letter to his Russian counterpart, in which he expressed his condolences to the family of the pilot, and expressed his regret. Do you think this letter will satisfy the Russian side?

At this point, guided by the Kremlin’s reaction, which was announced through its spokesperson, Dmitry Peskov, it can be stated that the actions of the Turkish President Recep Tayyip Erdogan, who wrote the letter, were positively received.  Indeed, rather contradictory information was being received within the last hours.  So the Russian-Turkish information space was shaken by some rumors and speculation as to whether the president Erdogan’s letter contained the word “sorry”.

However, by the middle of the day, Kremlin spokesman Dmitry Peskov clarified, confirming again for the Russian public, that the word “sorry” still took place in Ankara’s message, and that dispelled speculations on this subject. It is no coincidence that the leaders of Russia and Turkey, Vladimir Putin and Tayyip Erdogan, on the Kremlin’s initiative, are going to hold a phone conversation on Wednesday, and foreign ministers will meet on the sidelines of the summit of the Black Sea Economic Cooperation (BSEC), which will take place in Sochi from June 29 to July 1.  It should be recalled once again that the Russian Foreign Ministry spokesman Maria Zakharova also welcomed the move of Ankara.

Other versions of the Kremlin’s perception of the letter appear to be insolvent due to the absence of the evidence base. After all, we have to assume that only Russian and Turkish leadership are familiar with the original of the letter. There moves are known. And finally, Moscow has been quite consistent in this issue, to correlate the actions of the Turkish leadership with its requirements.

Accordingly, we have no reason to question the fact of apology, which means that Moscow’s demands are satisfied so far.

Meanwhile, we must understand that, from very beginning, an apology was perceived by the Russian side as, if you will, a declaration of intent. Of course, this is just the beginning, or the basis for substantive negotiations. Russia will also expect compensation for downed Su-24M. Further steps towards the normalization of bilateral relations will depend on the ingenuity of diplomats and politicians of the two countries.

In his letter, Erdogan says that Turkey is ready to do everything necessary to overcome the crisis. In your opinion, what can Turkey do in this matter?

In the grand scheme of things, the parties look at the normalization of relations from a pragmatic standpoint. And, although some Russian politicians spoke in favor of the need for a radical restructuring of Ankara’s foreign policy line, in my opinion, it is clear to all that Turkey is a sovereign state, which has the right to build an independent policy. Another thing is that this sovereign policy should not be directed against Russia. This applies especially to Turkish elements of soft power, intensified in the recent period.

Interestingly, in one of his recent extended interviews, Prime Minister Binali Yıldırım has sent an unambiguous message that Ankara intends to improve relations with its neighbors. These steps of the head of the Turkish cabinet are encouraging. His slogan “More friends – less enemies” should replace the concept of the previous Prime Minister, Ahmet Davutoglu, “Zero problems with neighbors”, which read somewhat ambiguously.

In your opinion, what is the current balance of interests? Russia and Turkey: who needs whom more?

I am convinced that today the sides equally need each other. And it’s not just that we are faced with an unprecedented in the history of the new Russia pressure from the Western countries, trying to isolate Moscow, suffocating it economically, and Turkey has lost almost all of its yesterday’s partners.

Global and regional challenges make it necessary for Russia and Turkey to find joint answers to the complex challenges of international politics. And, in this context, it would be strange to say that the civilizational path of Russia is in no way connected to that of Turkey, standing alone.   Millions of our citizens, not only profess Sunni Islam, but they are also representatives of the Turkic world. It is an objective reality. As for Turkey, it will never be a global or a significant regional power if it does not become a full-fledged part of the Eurasian world. And its incorporation in this world is impossible without building a constructive relationship with Russia. Take the creation of the “Great Silk Way 2”, the Turkish Stream and many other infrastructure and transport projects that will remain for future generations for decades to come.

Erdoğan: I deplore not being able to uncover the real face of this organization

Be the first to comment at "Yuriy Mavashev: I am convinced that today the sides equally need each other"