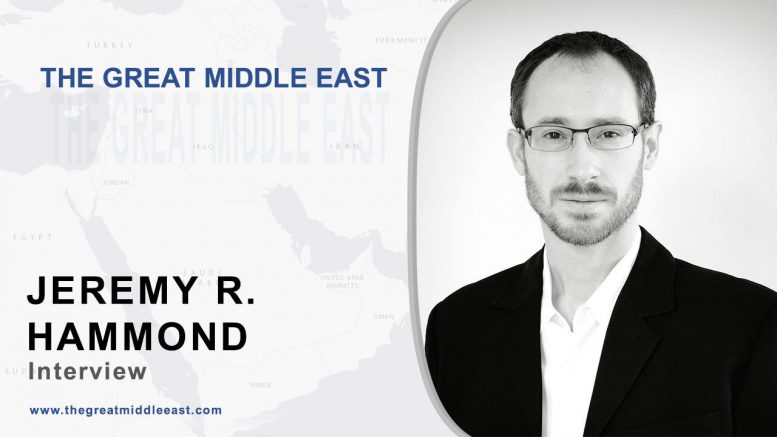 The Arab-Israeli conflict continues to be one of the main problems of the Middle East. Unfortunately over time, the problems of the issue are not getting smaller but rather adding up. Here is a short interview on this topic with Jeremy R. Hammond, independent political analyst and author, founder and editor of Foreign Policy Journal.

In the Muslim holy month of Ramadan, the Israeli authorities cut the water supply in some Palestinian villages. In your opinion, what does Israel want to accomplish by doing so?

Such actions are typical of Israel’s occupation regime. There may be secondary goals in specific cases, but the purpose of such actions generally is to collectively punish the civilian population. The goal is to beat the Palestinians into submission so they will acquiesce to Israel’s political demands to surrender more of their land, surrender refugees’ right to return to their homeland from which they were ethnically cleansed, and concede that the ethnic cleansing and unilateral declaration of the existence of Israel were legitimate actions. For Gazans, punishment is meted out additionally for having Hamas as the governing authority.

If Israel thinks it can prevent terrorist attacks by collectively punishing Palestinians, it has learned nothing from the history of the Israel-Palestine conflict. The simple truth is that Israel’s policies aren’t intended to prevent terrorism, but to beat the Palestinians into submission, such as by denying them a living.

There is no end in sight to the war in Syria. Syria, represented by the regime of Bashar al-Assad, for many years, has been and remains an enemy of Israel. But at the same time, it is naive to believe that the jihadists will stick to a different position towards Israel. In your opinion, which is more advantageous to Israel, Bashar al-Assad being in power or total capture of Syria by the jihadists?

If Assad’s regime was to collapse and Syria was overrun by extremists, it wouldn’t be in anyone’s interest, least of all Israel’s. That Israel has repeatedly struck Hezbollah in Syria when Hezbollah is on the front lines of the battle against the Islamic State (a.k.a. ISIS, ISIL, or Daesh) is just another indication of the dangerous shortsightedness of Israeli policymakers.

How ominous for Egypt is Israeli PM Netanyahu’s Africa tour?

Be the first to comment at "Jeremy R. Hammond: Such actions are typical of Israel’s occupation regime"