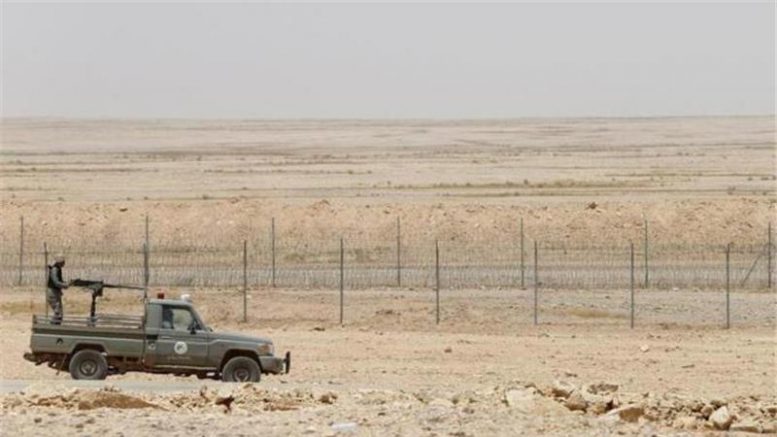 What is happening today in Iraq and Syria is due to decades of conflict between two major axes, Iran and the Arabs. It began with the 1979 Iranian revolution, and continued with threats to export the revolution throughout the region, and with the Iran-Iraq war that lasted eight years. Things only calmed down for two years, then Iraq invaded Kuwait, triggering international intervention.

The 2003 US-led invasion of Iraq led to the emergence of al-Qaeda and then the Islamic State of Iraq and Syria (ISIS). The turmoil will continue as long as regional powers are unable to create a political or military balance via agreements. We must understand the logic and motives behind Tehran’s desire to maintain the struggle in Iraq, the Gulf, Syria and Palestine.

Iran wants to expand. It thinks its western borders are smaller, oil-rich Arab countries. It is aware that the West will not easily accept this as these countries are important energy sources. This is why Tehran has attempted to dominate in different ways, though it has not succeeded much until recently. ISIS undoubtedly serves Iran, which joined the Western and Russian coalition under the flag of fighting terrorism.

Iraq is the most important country for Iran because it is its western gate. The latter will only be able to control the former indirectly. During the administration of US President George W Bush, Iran played different roles to convince Washington that it would be a beneficial partner in Iraq by helping it solidify security. It was the only country, maybe except for Jordan, that cooperated with Washington then.

At the same time, however, Iran resorted to different methods to destabilize Iraq. Along with its ally the Syrian regime, Tehran enabled al-Qaeda and armed Iraqi opposition groups to sneak from Syria into Iraq to sabotage the security and political situations and inflict losses on US troops. When Barack Obama became president, he withdrew all US troops, opening Iraq to Iranian intervention at a time when armed groups began to re-emerge.

Saudi Arabia’s interest matches that of the Iraqi people: an Iraq free from foreign domination and in control of its own water and oil resources

Now, Iran is in Iraq with the excuse of protecting it from ISIS. Tehran supports certain Shiite groups against others. It is behind the establishment of the Popular Mobilization Units (PMU) militia as a competitor to Iraq’s army to weaken the central government. I believe that Iran is one of the masterminds behind ISIS, but it is difficult to prove that. However, it is the only party benefitting from ISIS, whose threats gave Iran an excuse to enter Iraq.

Tehran brags that if it had not been for the Iranian Revolutionary Guards Corps (IRGC), Iraq would have fallen. ISIS is a repetition of al-Qaeda, which surfaced during the US-led occupation. Al-Qaeda back then succeeded in sabotaging the political project, allowing pro-Iran groups to dominate in Baghdad.

Saudi ambassador to Iraq, Thamer al-Sabhan, recently said: “Someone is trying to create a rift in relations between Saudi Arabia and the different components of the Iraqi people.” He means Iran, and this is the first time an official statement reflects the Saudi-Iranian struggle in Iraq. Tehran wants to dominate Iraq and its riches, but Saudi Arabia wants to protect its borders and deter Iran’s expansion.

The Saudi presence in Iraq was delayed for years because Riyadh rejected participating in the U.S.-led occupation and the establishment of the new Iraqi government. Tehran, however, cooperated with the Americans, and in exchange gained influence that resulted in the status quo.

Saudi Arabia’s interest matches that of the Iraqi people: an Iraq free from foreign domination and in control of its own water and oil resources. Saudi Arabia and the other Gulf countries are rich and do not need to control Iraq. They want a regime that does not resemble Saddam Hussein’s, and is not a puppet of Iran.

Gulf countries are now aware that the spread of ISIS and al-Qaeda in Iraq, Syria and Yemen target them first and foremost, and that countries such as Iran benefit from these extremist groups and use them to weaken the region’s powers and interfere in their affairs.

Does Emir of Ras Al Khaimah want to ditch a Swiss businessman?

Saudi Arabia Just Created a Division for Women in Sports

Be the first to comment at "Abdulrahman al-Rashed: “The Saudi-Iranian struggle in Iraq”"