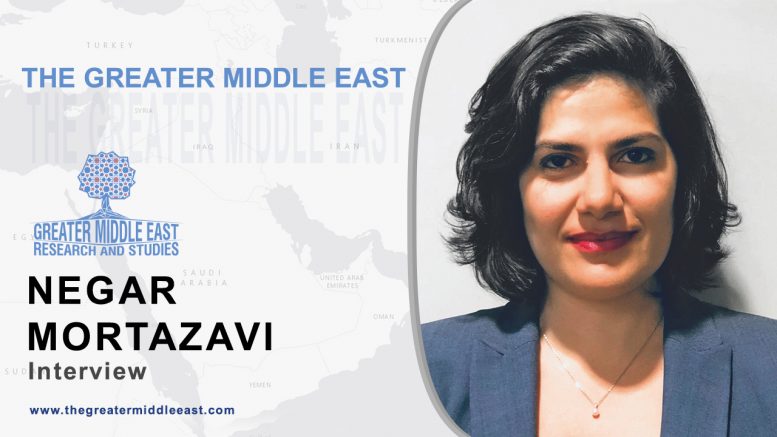 She expressed her opinion about the Iranian-American relations and the United States President Donald Trump policies.

Why the nuclear deal was not good for the American government? What does Trump want from Iran?

Trump did not like the deal because it was Obama’s legacy. He criticized Obama’s approach towards Iran from the beginning and opposed the deal without ever explaining what is wrong with it. Trump has been saying that he wants to negotiate with Iran to make a better deal to prove that he is the best deal-maker. However, it is also not clear what he envisions as that better deal. I think Trump’s Iran strategy has been more about undoing what Obama did, rather than a new strategy.

The US accuses Iran of supporting terrorism. However, in other side Americans give weapons to a terrorist organization (an arm of PKK, also accepted as terrorist by the US and EU) in Syrian-Turkey border. Moreover, these weapons are being used against Turkey, an American NATO ally. What is the difference for Americans?

The United States has had a double-standard policy in the Middle East for a very long time. Americans have allied with various actors in the region or helped to create and empower forces that later became their enemy.

There some reports published about Saudis new nuclear central. Also, there are many contradictions about American policies over Riyadh, especially. What is the difference between Saudi Arabia and Iran?

Saudi Arabia is a long-time ally of the United States in the Middle East and a very controversial one. They buy large amounts of arms from the United States, ensure a steady sales of oil to the world market, and have a deep influence in Washington among the American political elite. America’s policy towards Saudi Arabia over the years has portrayed a stark double standard on violations of human rights, support for terrorism, rules of engagement and international conventions in war, and spreading fundamentalist views of Islam. The Kingdom was a key opponent of Obama’s nuclear agreement with Iran and saw it as a threat to its relations with the United States. The Saudi government, along with Benjamin Netanyahu in Israel, did everything they could to stop the nuclear deal but did not succeed. Now they have President Trump as a new ally in the White House whose son in law and senior advisor, Jared Kushner, is reported to have helped to transfer nuclear technology to the Kingdom.

The US is provoking Iran with military actions. Do you think the intervention to Iran is possible?

Yes, it is possible. President Trump is an isolationist and does not want to start another costly war. His supporters and the majority of the American people also do not want another endless war in the Middle East. However, with his strategy of maximum pressure on Iran, Trump will most likely not get a new deal and keeps getting close to a military conflict. Unless he shifts gears and moves in a different direction, which is what the Iranians are trying to signal him.

Iranian people are jamming between the regime and the Trump policy. Also, these sanctions are giving harm to people more than the regime. What do Americans think about the collective punishment of Iranian people? Or how Americans evaluate Iran’s policy in the US?

That is correct. Ordinary Iranians are the main victims of broad economic sanctions that have targeted all major industries in the country. Middle and working classes are struggling with high inflation, bankruptcies, unemployment, and decreasing economic opportunities and prospects. Unfortunately, many Americans do not know these details about sanctions. They see sanctions as a policy to pressure the Iranian regime and do not understand the consequences on people’s daily lives. Because tensions between the two countries have not affected daily life in the United States, Americans do not have a real life feeling about it.

Do you think the relations between the US and Iran can be good again?

Yes, I am hopeful. Under Obama, there was diplomatic engagement and a direct line of communication established. That can always be restored. Probably not under the current administration but if two moderate Presidents in both countries coincide once again, like Rouhani and Obama, I think moderates on both sides have by now realized that they need to seize the opportunity quickly and move towards improving relations and making it sustainable. Ordinary Iranians want that and will push for it to happen again.

Are the allies leaving Washington in the Iranian Issue?

Iranian imprisoned for 10 years for aiding nuclear program in UAE